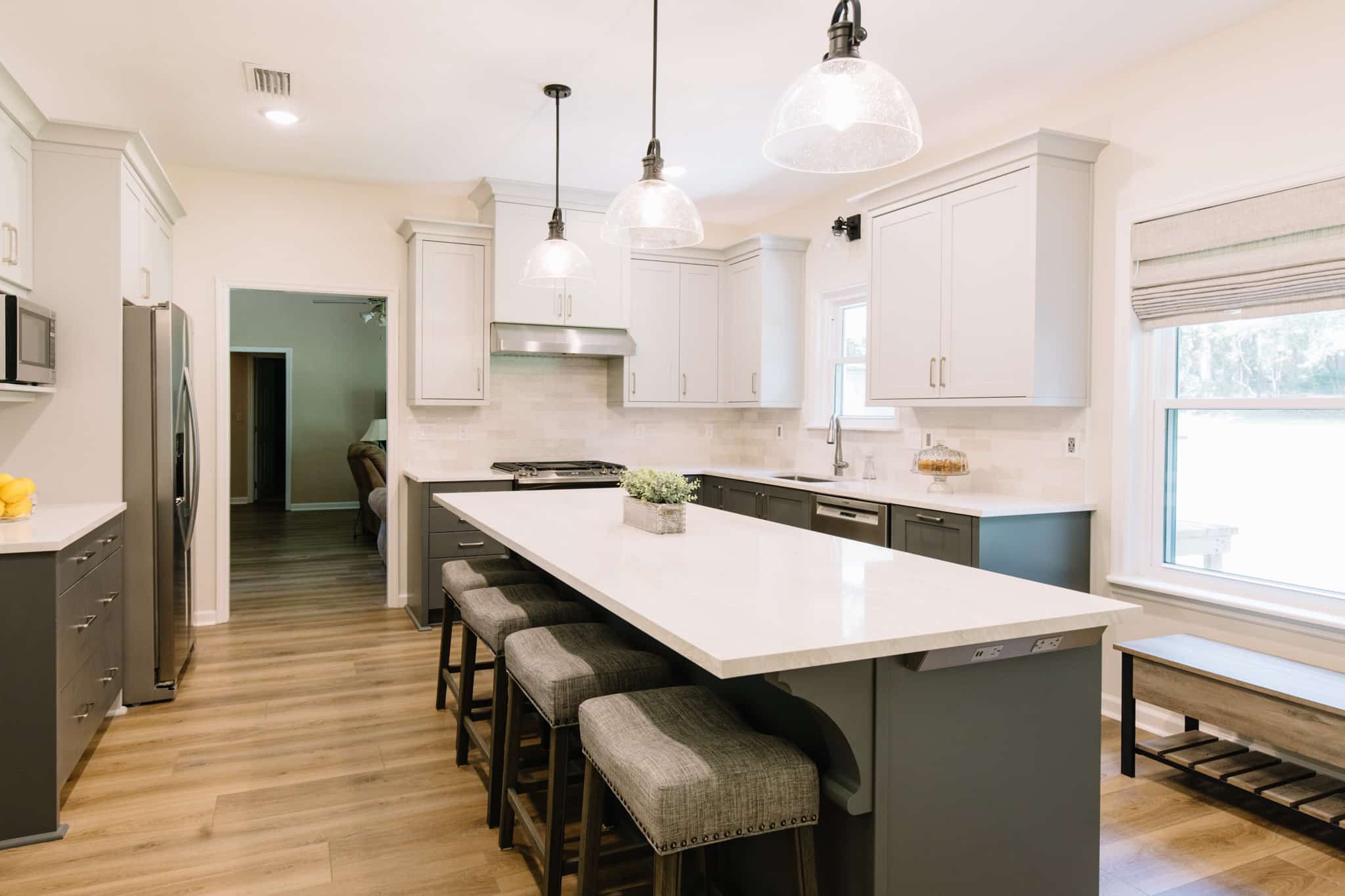 McManus Kitchen and Bath provides a single place where you can work with interior design and construction professionals who can help you create a happy, healthy home. We start each project with a Design and Budget Consult. It will help you clarify your design ideas, understand the remodeling process and create a Good Better Best Budget for your project. Click here to schedule a consult.

These homeowners wanted a complete makeover for their home. The project consisted mainly of two areas; the kitchen and the master bathroom. Many times when we do a project like this we will start and complete one part of the project completely, then take a short break before starting phase two of the project. This makes the total project time longer but makes it easier to live in the home while it is being remodeled.

In this case though the client wanted to do the kitchen and the bath at the same time, as well as replace all the flooring everywhere except the bedrooms.While this takes a bit more planning and preparation its a great way to speed up the project if you can live without your kitchen and primary bath.

The kitchen was original from the 1980’s. The layout was not terrible but it was definitely dated and had some layout issues that made it inconvenient for the homeowners. After some discussion we decided to remove the peninsula and add an island with seating to the space. The result it a new open floor plan that really modernized the kitchen and made it so much more functional.

There were also some extensive layout changes in the bathroom. The tub and shower area were merged to create a larger and more accessible barrier free shower. We also moved the toilet to the opposite wall and removed the wall between the old toilet and the old vanity. This allowed us to install a much larger vanity with two storage towers giving them much better counter space and storage.

A final touch in this project was the new luxury vinyl plank flooring that went into the kitchen, living room, office, dining room and hallways.

Drag the slider in the image below to see the transformation!

The before and after photos for this home really emphasize how a new design can completely transform a space! Drag the slider to see the change.

Check out some of our favorite features from these homeowners’ home remodel!

A great place for storage, food prep, eating, and socializing, islands are like a magnet to the center of a kitchen. This island’s size and function make it a beautiful gathering place for these homeowners. Our favorite features of the island are the corbels supporting both ends of the overhang and the beautiful quartz top. 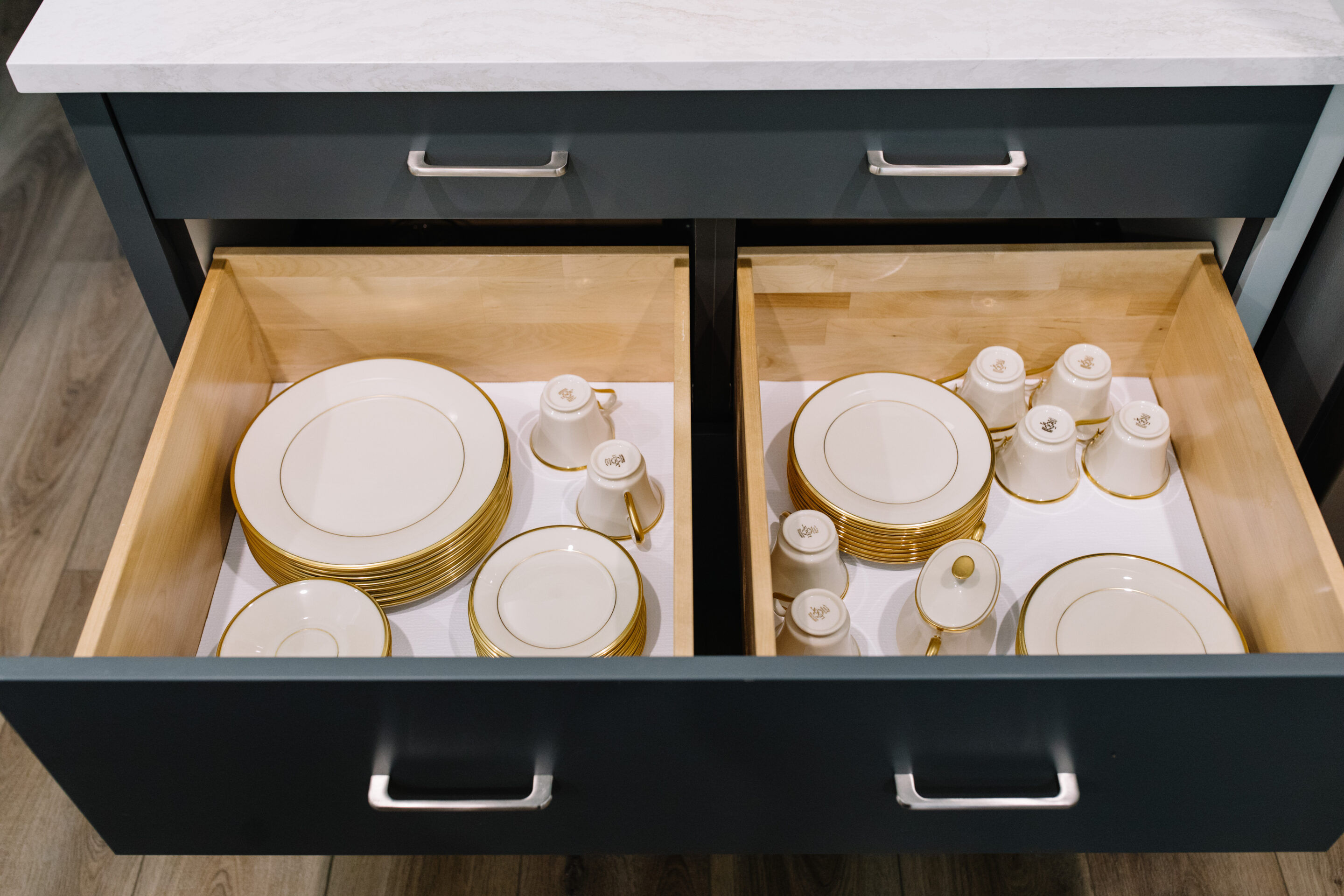 On either side of the vanity, we installed tower cabinets. This is a great way to both frame the vanity, and create some great storage solutions. Who needs a linen closet when you have beautiful cabinets? 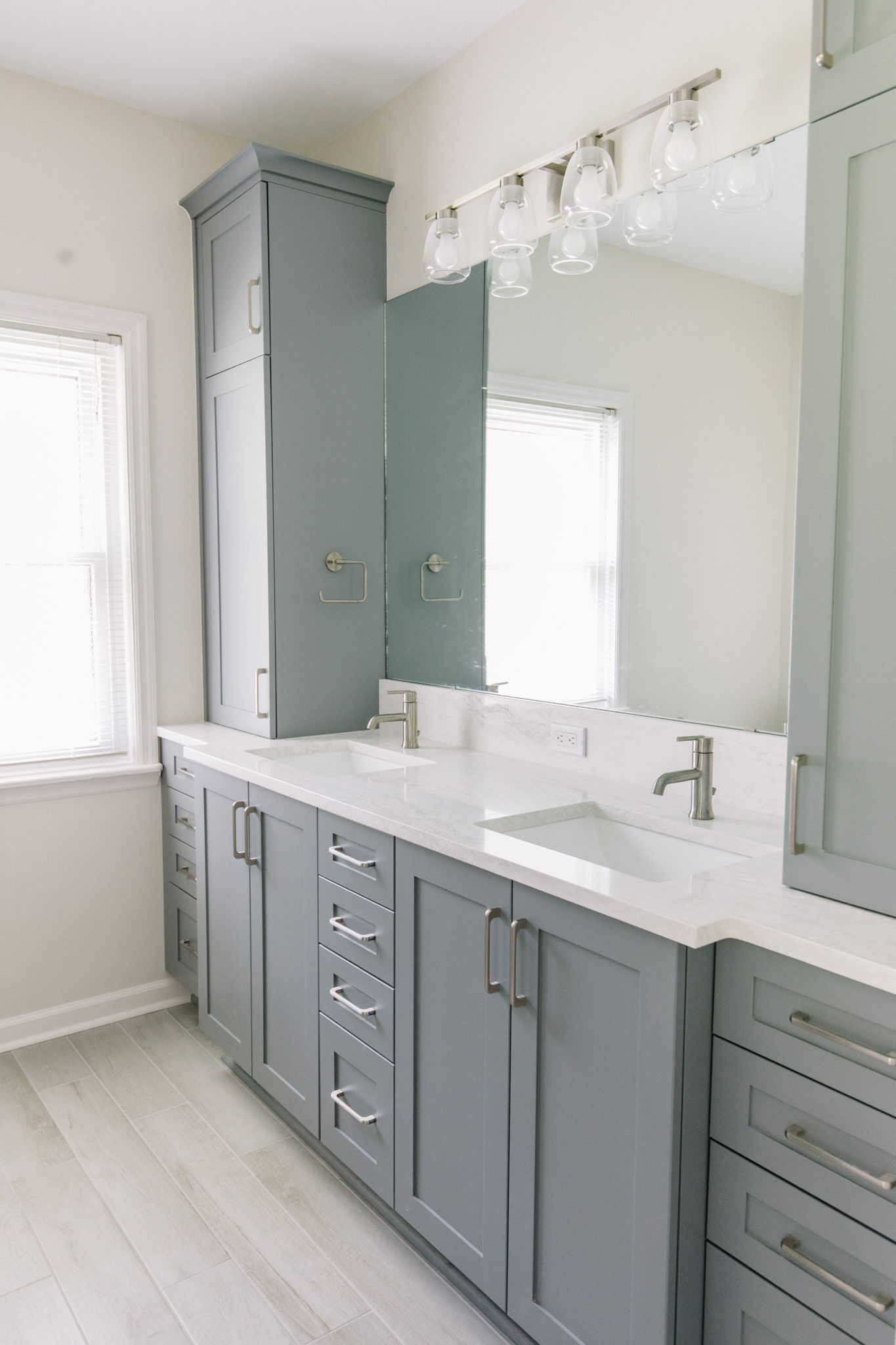 Featuring marble floors, a custom niche, a mounted bench seat, a beautiful grab bar, and a new shower system, this shower is a huge improvement on these homeowners’ previous shower 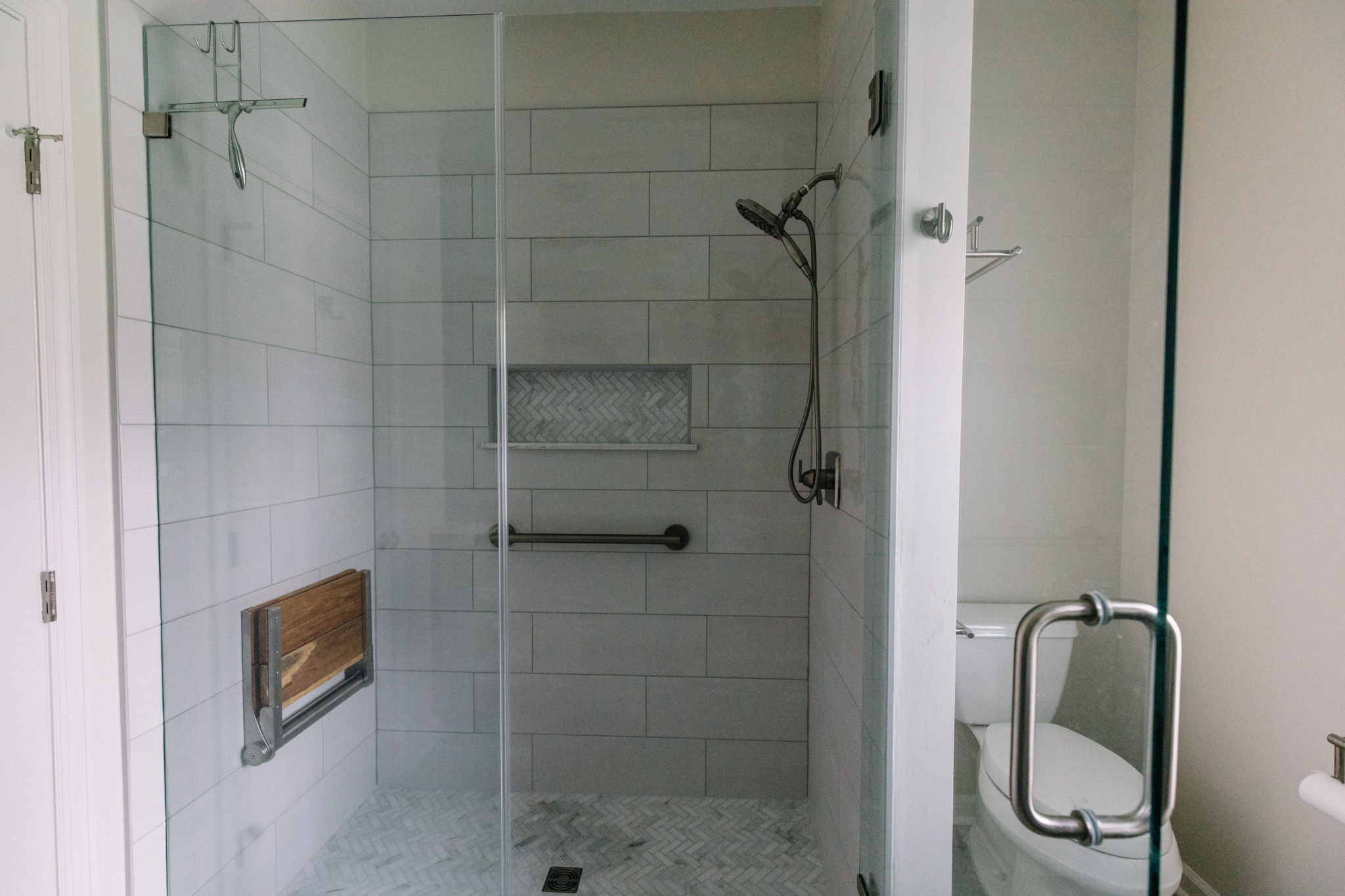 The flooring running throughout this house is a luxury vinyl plank (LVP). This is a great option for those that want the look of wood without the fear of water damage. 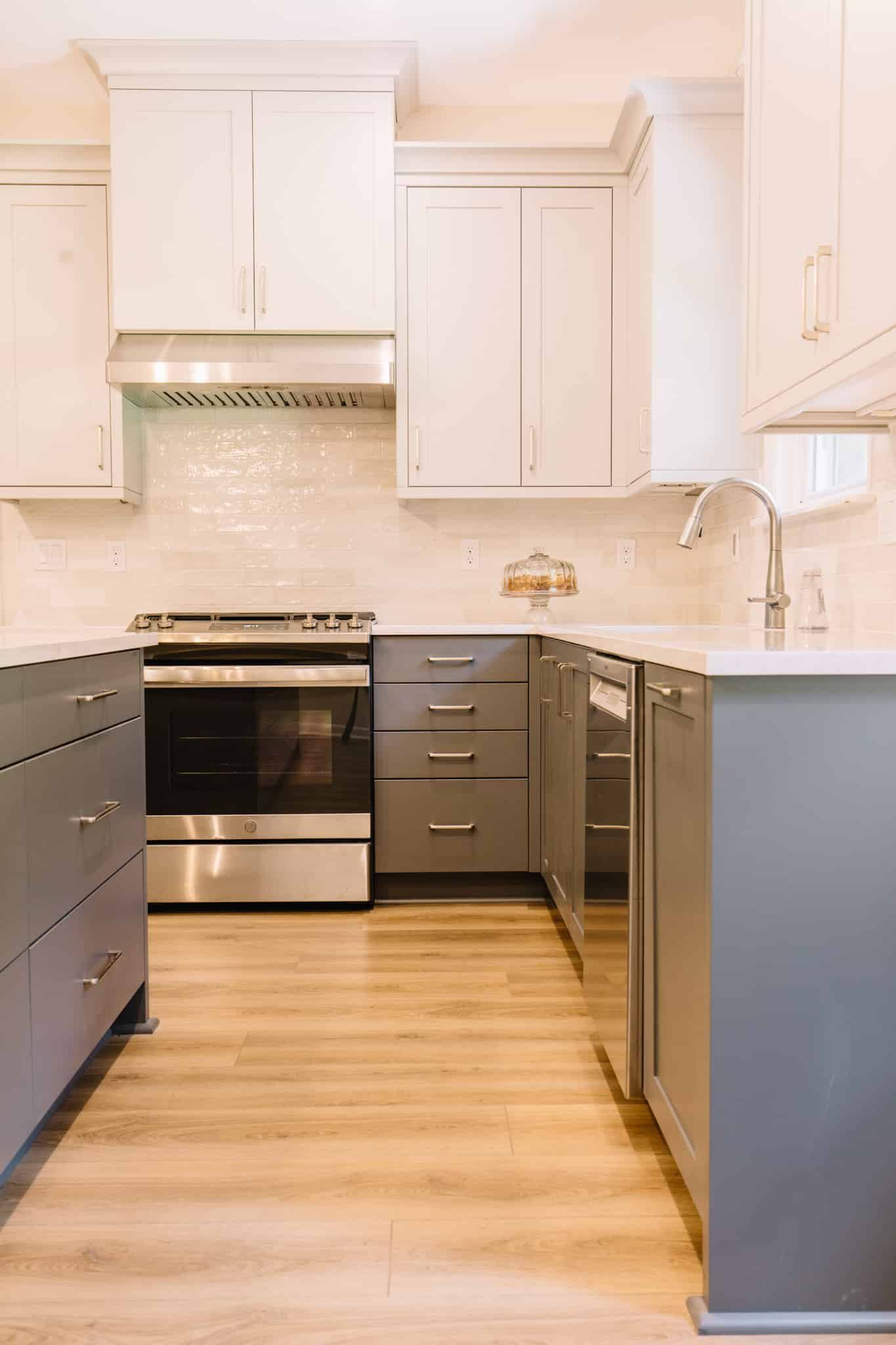 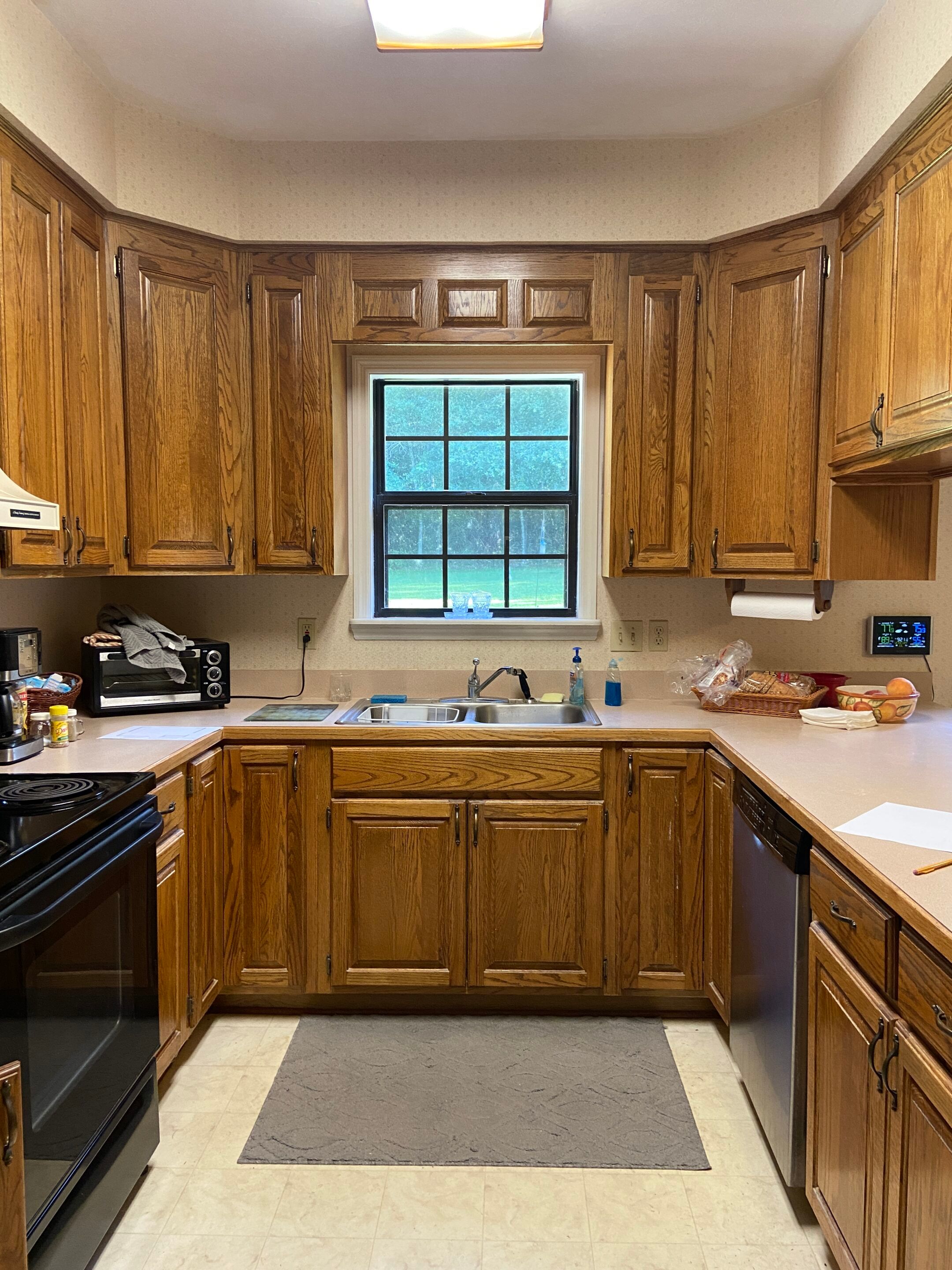 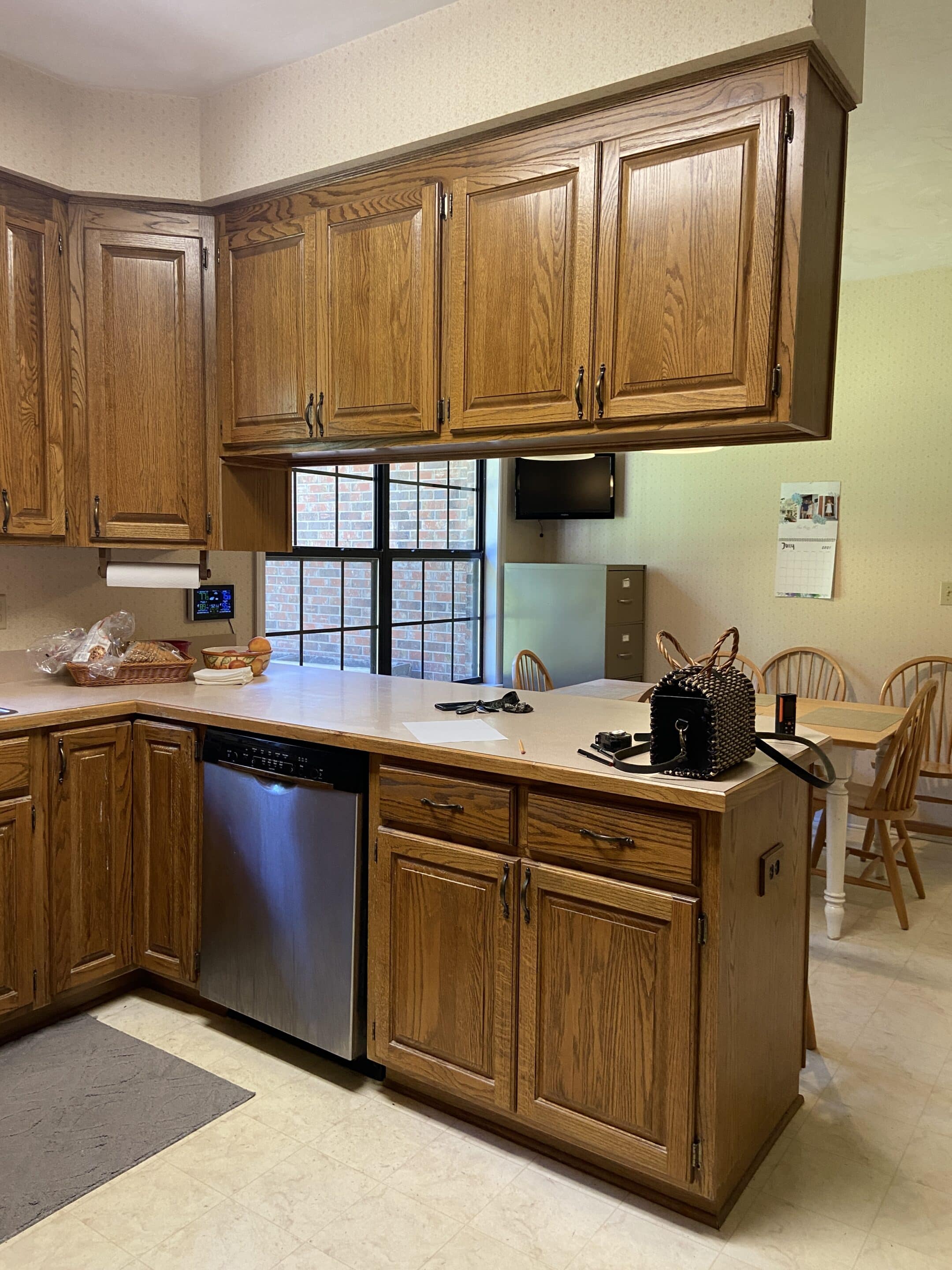 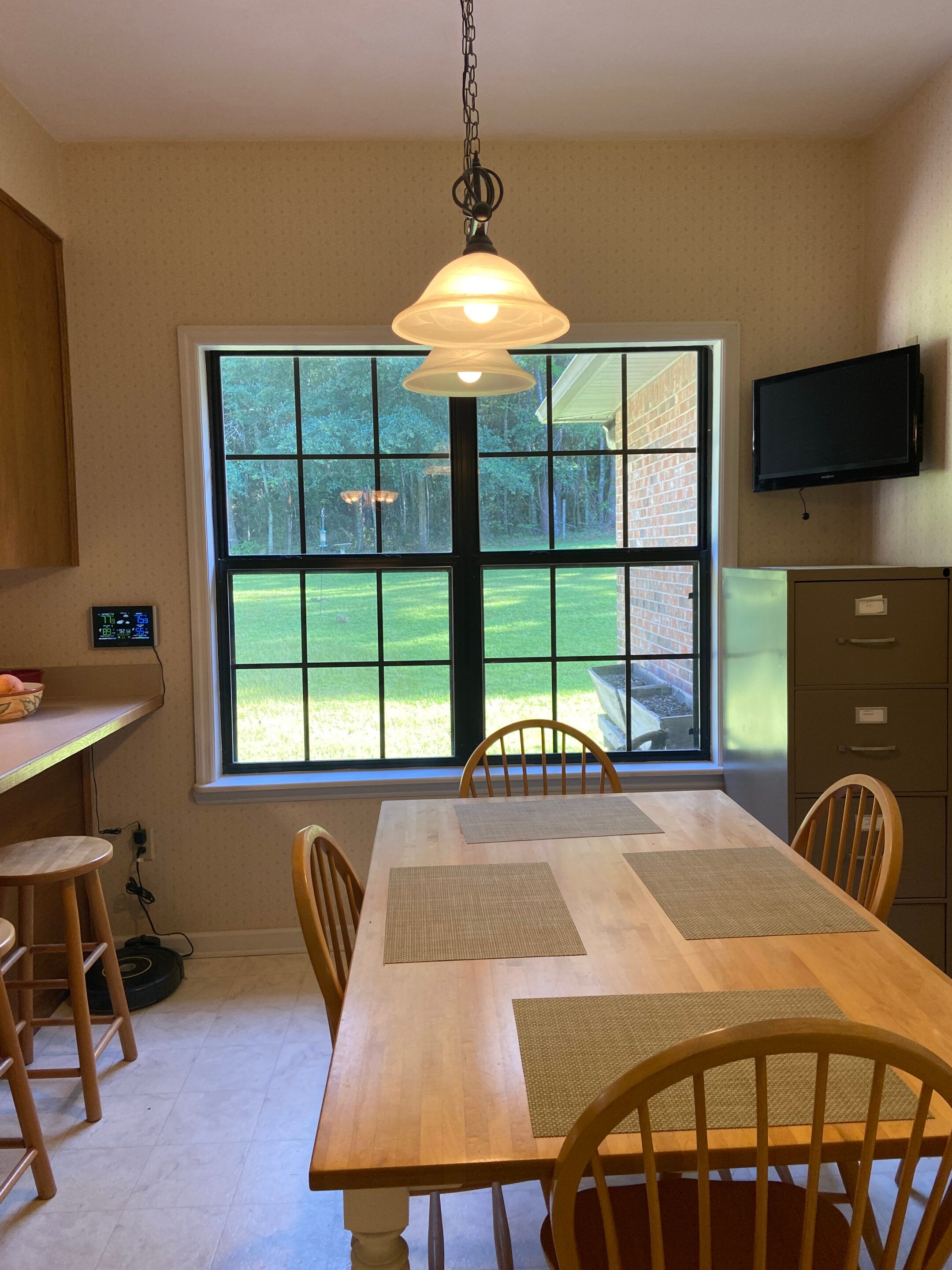 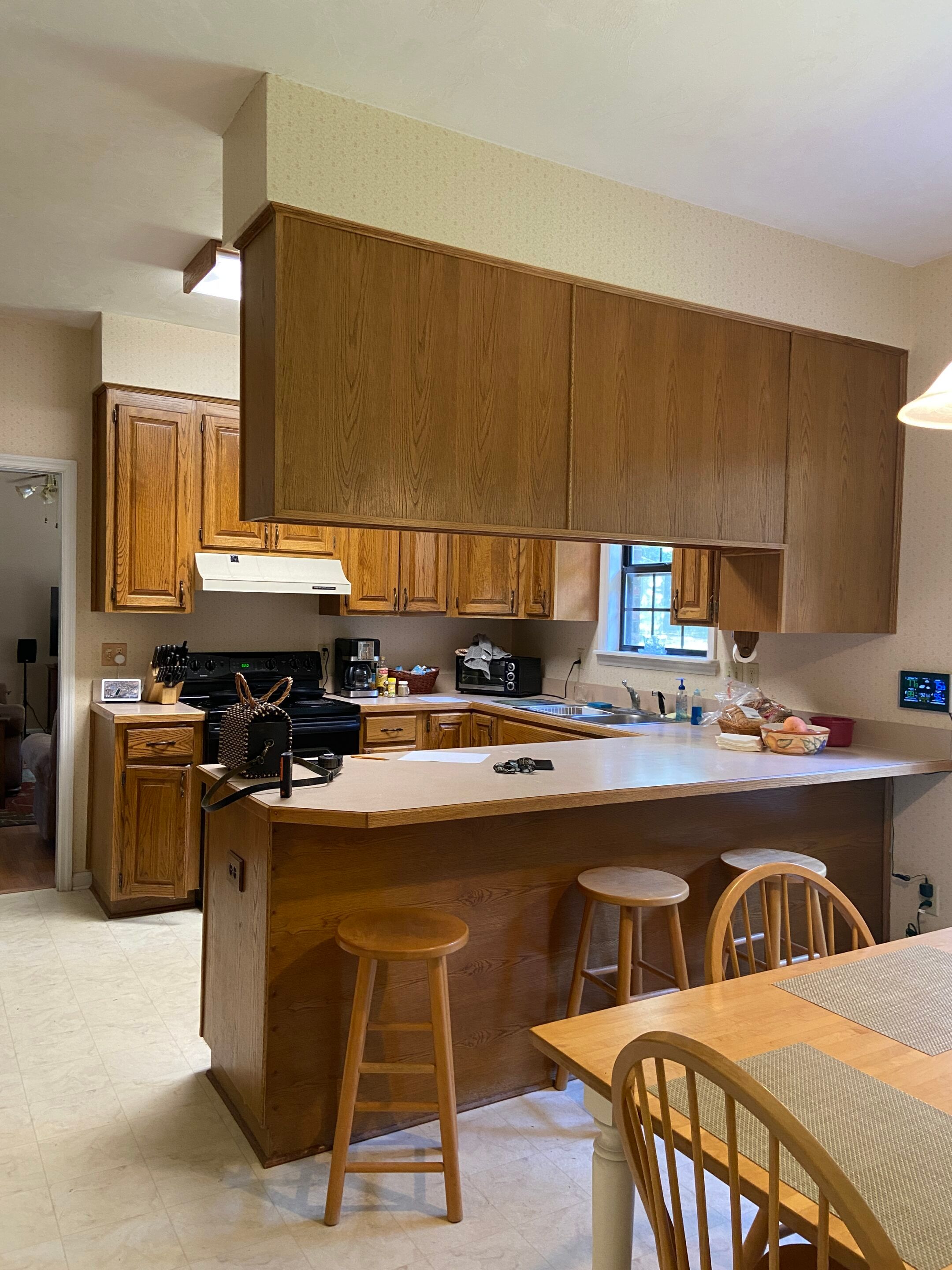 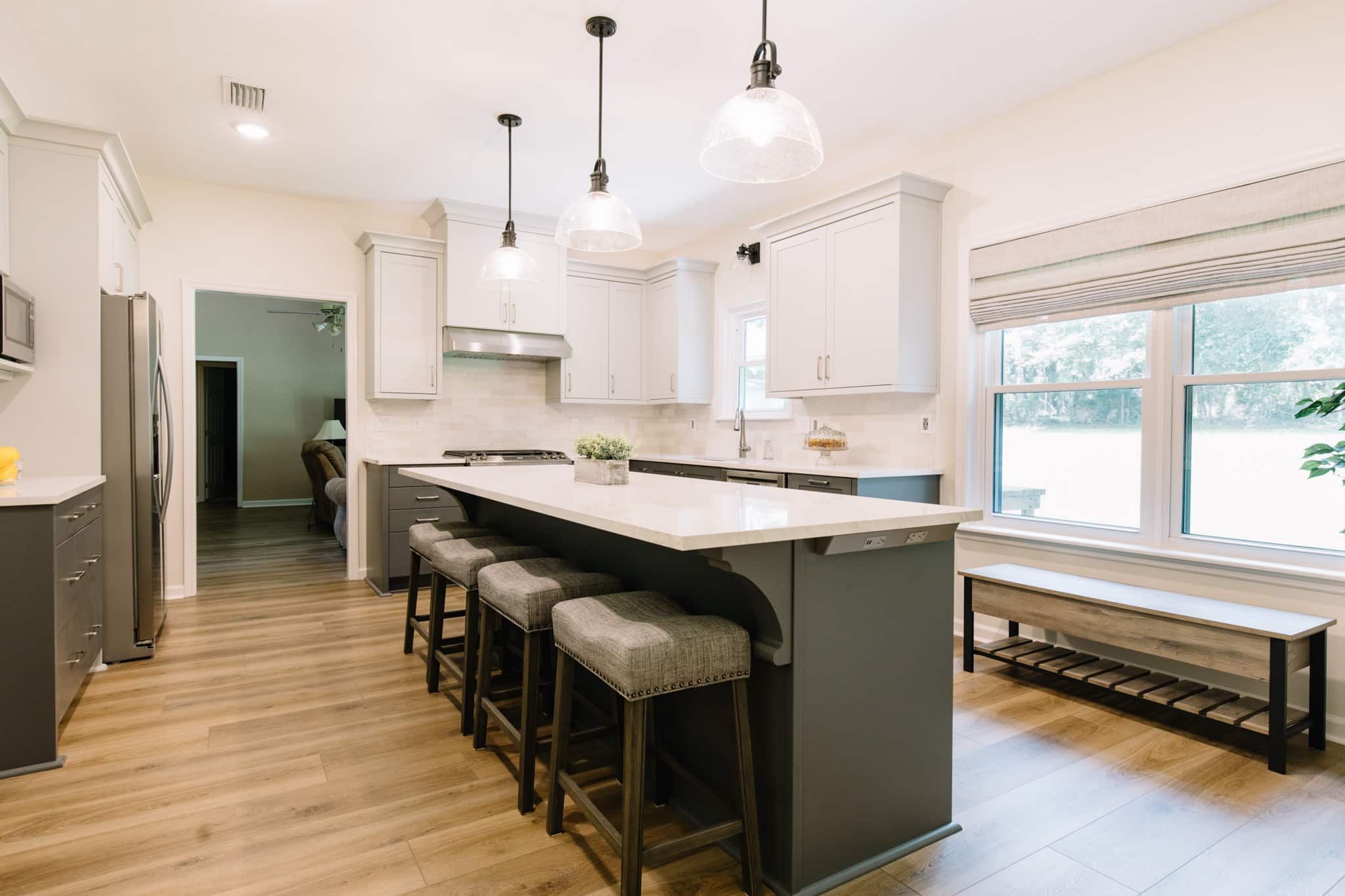 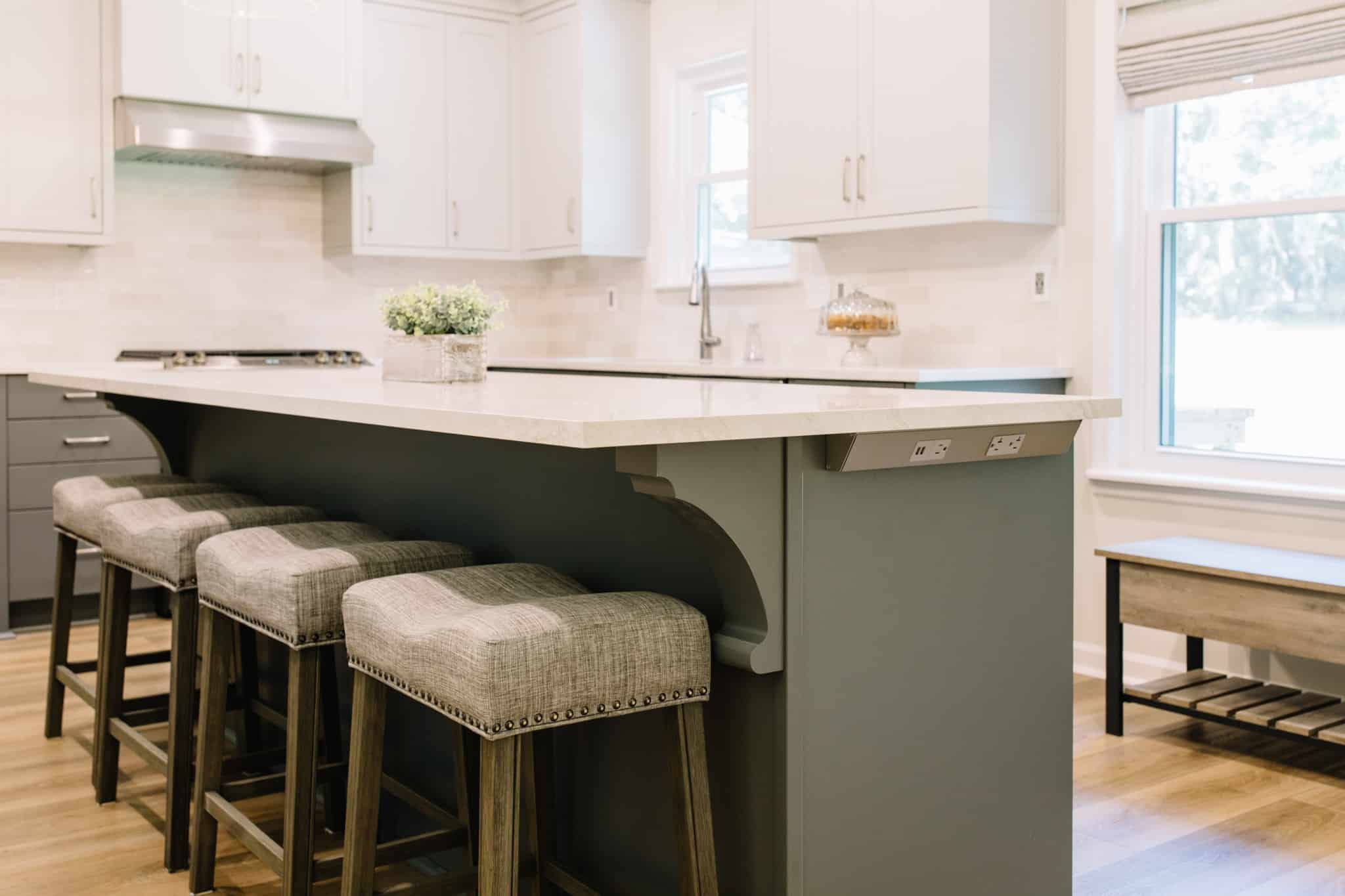 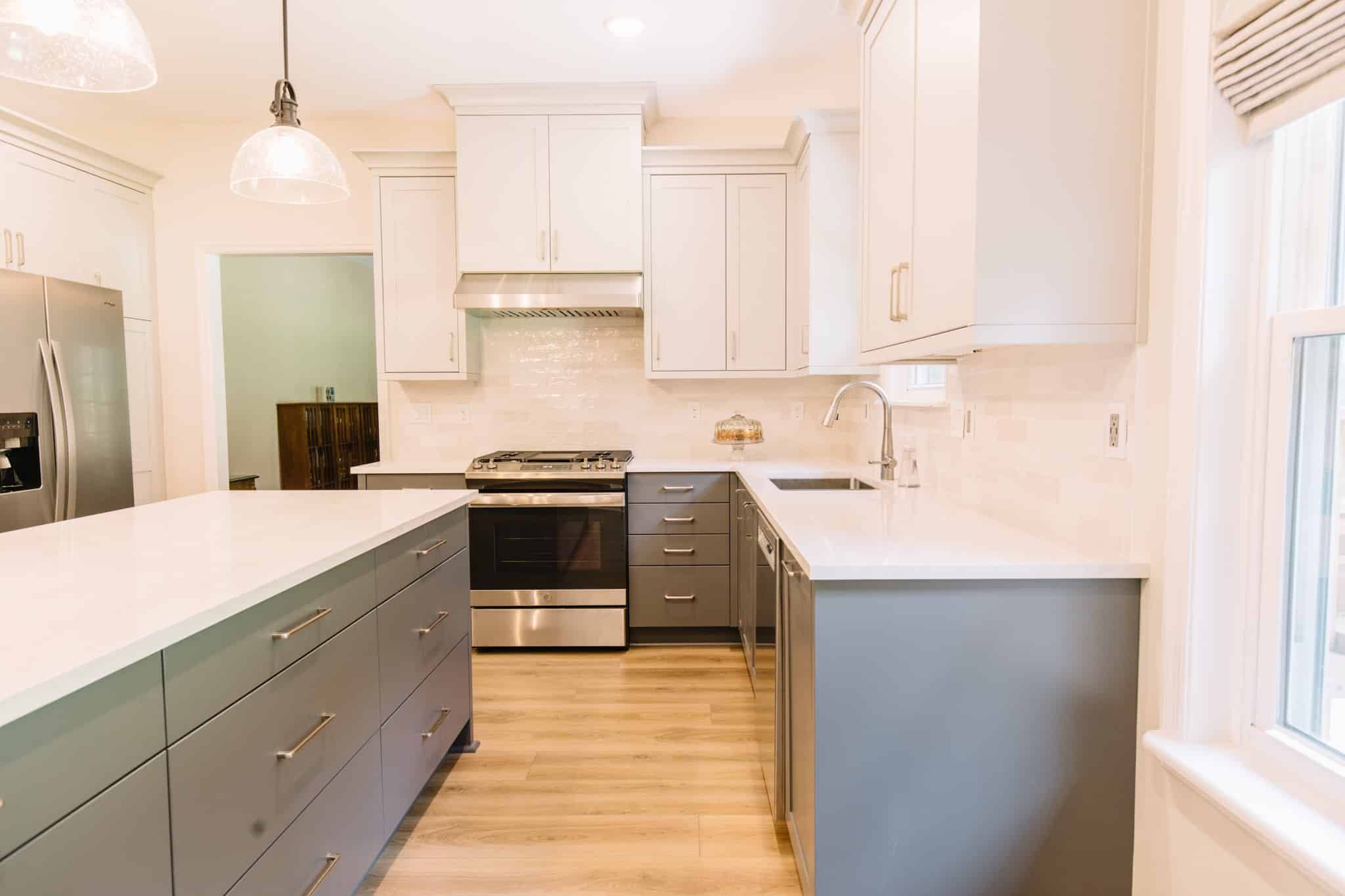 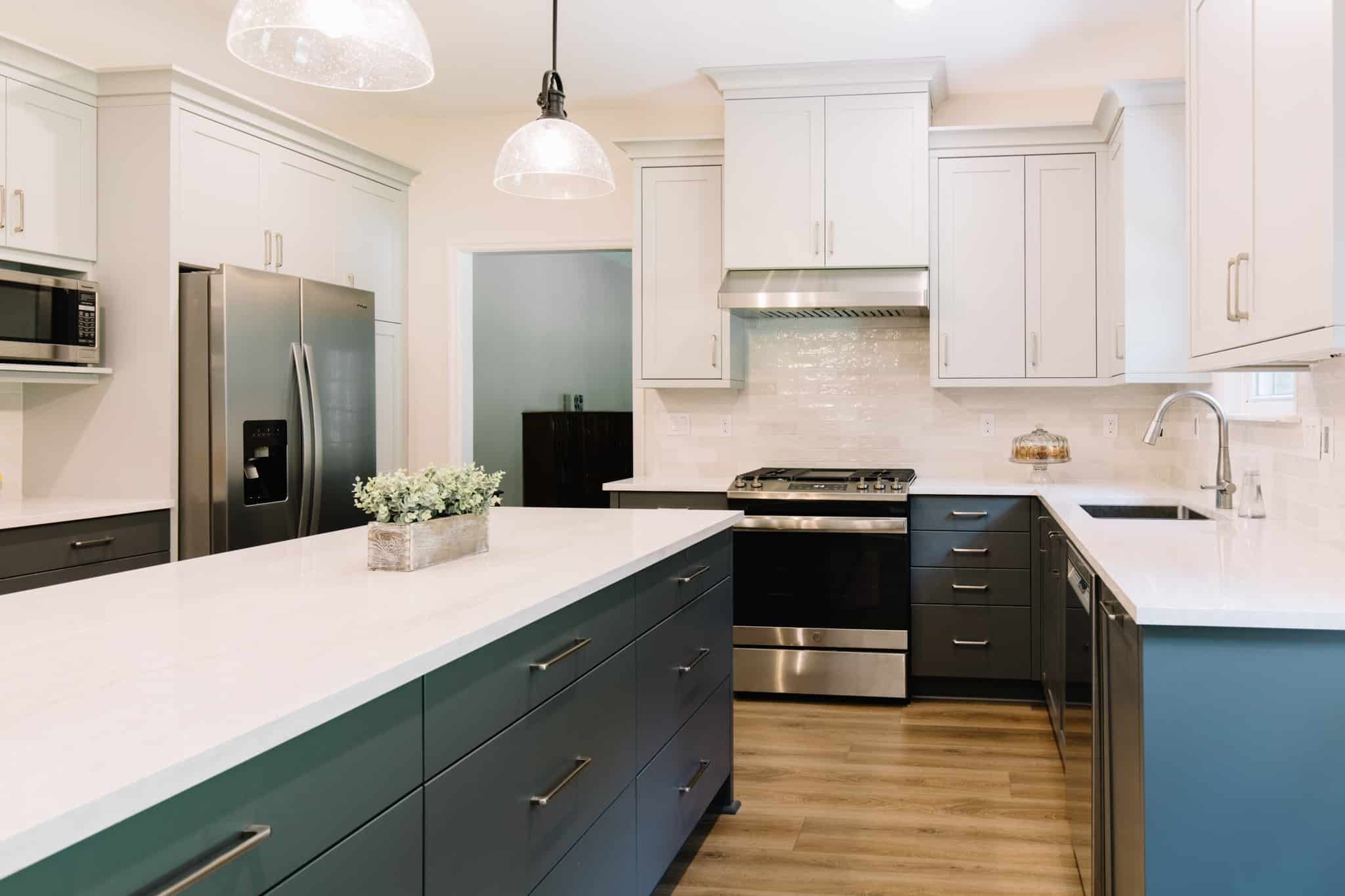 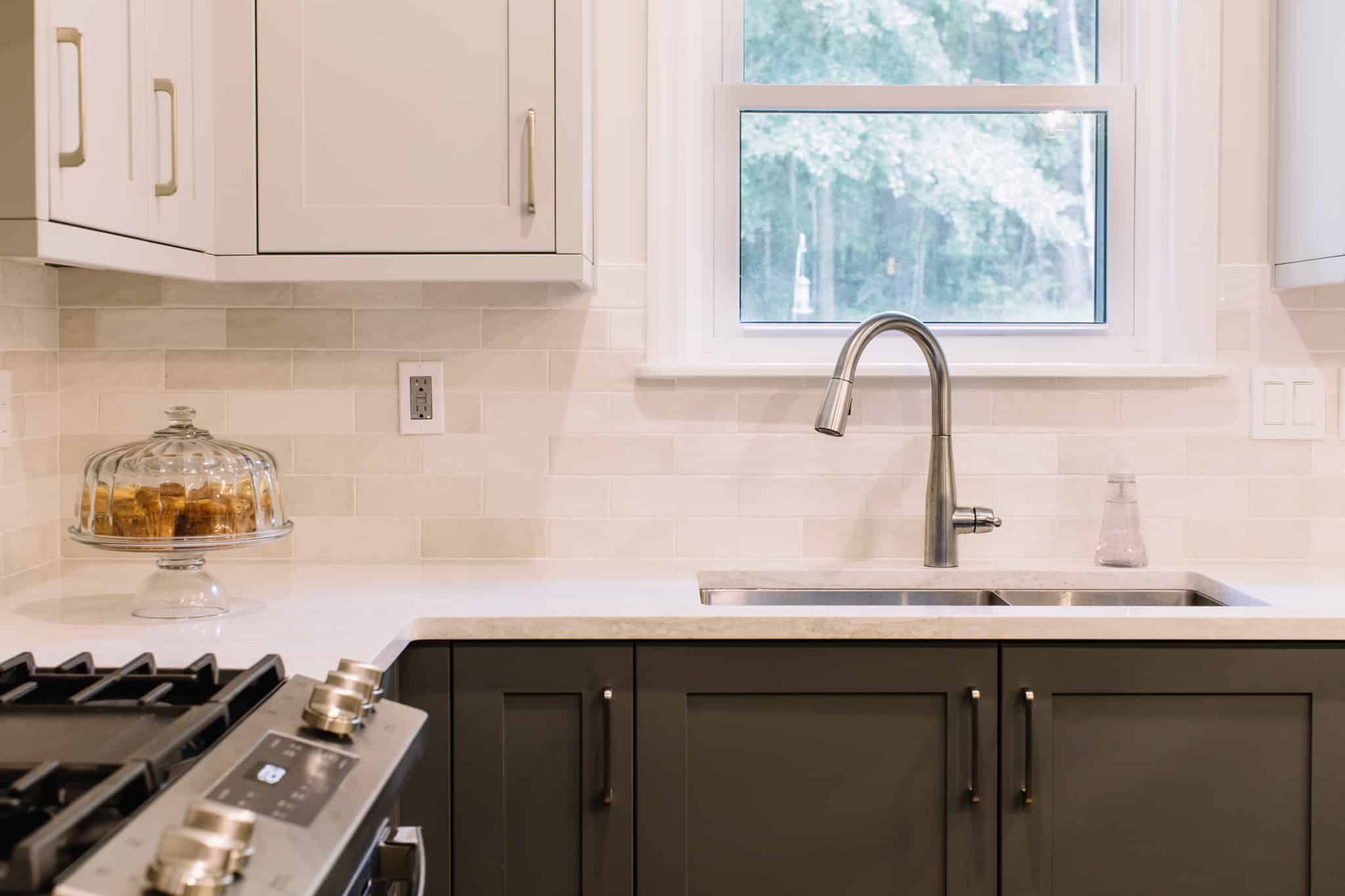 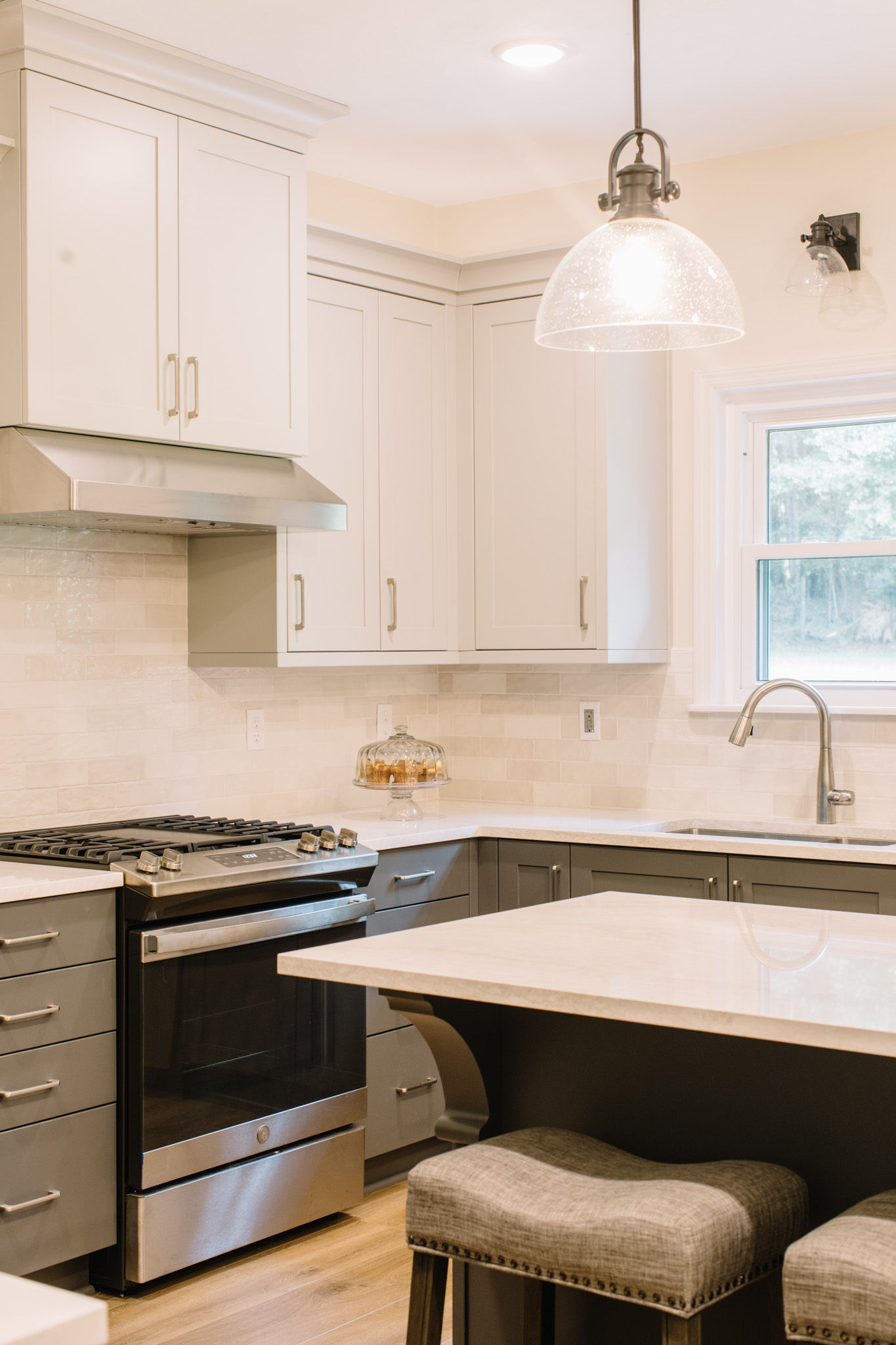 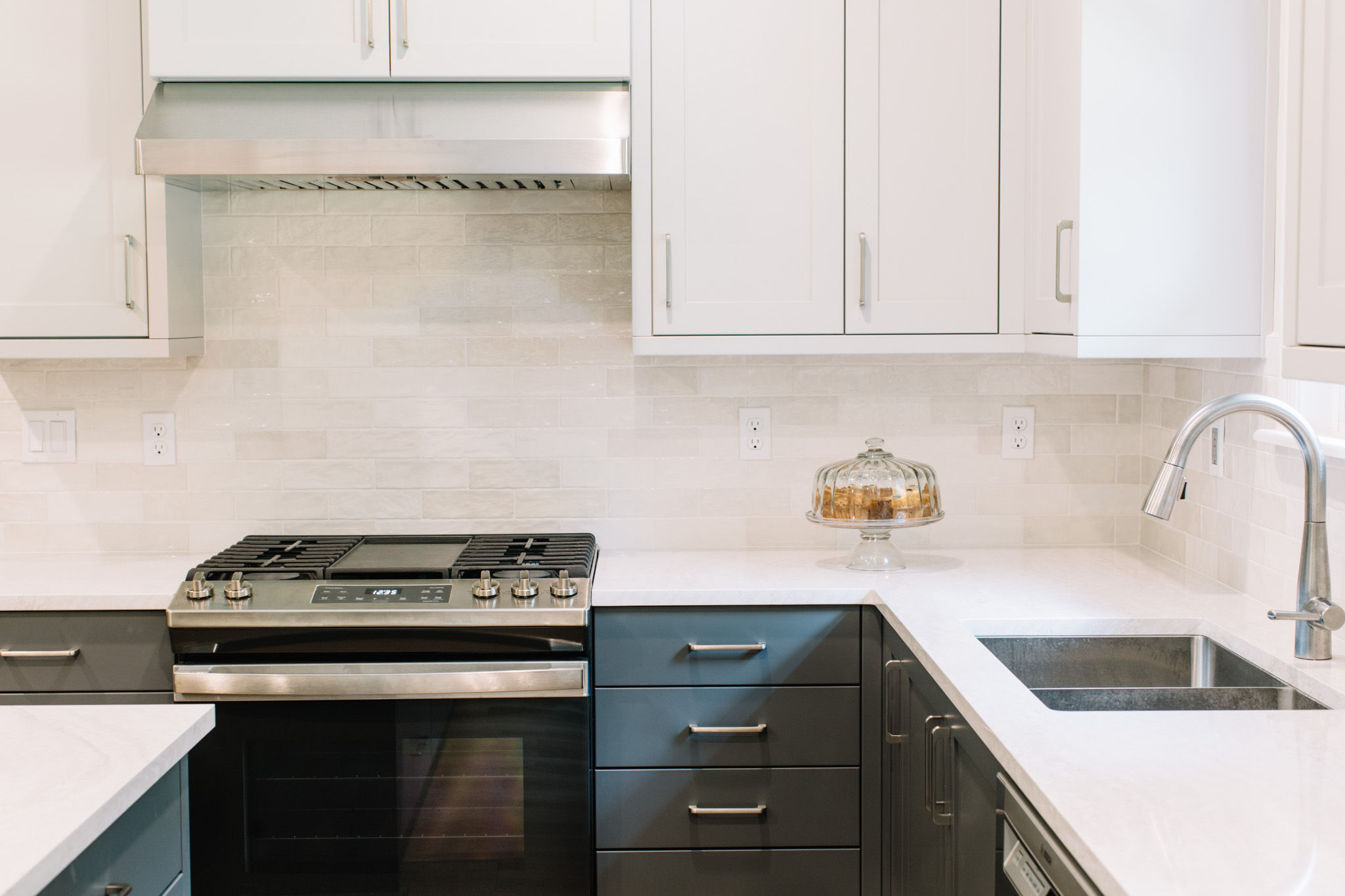 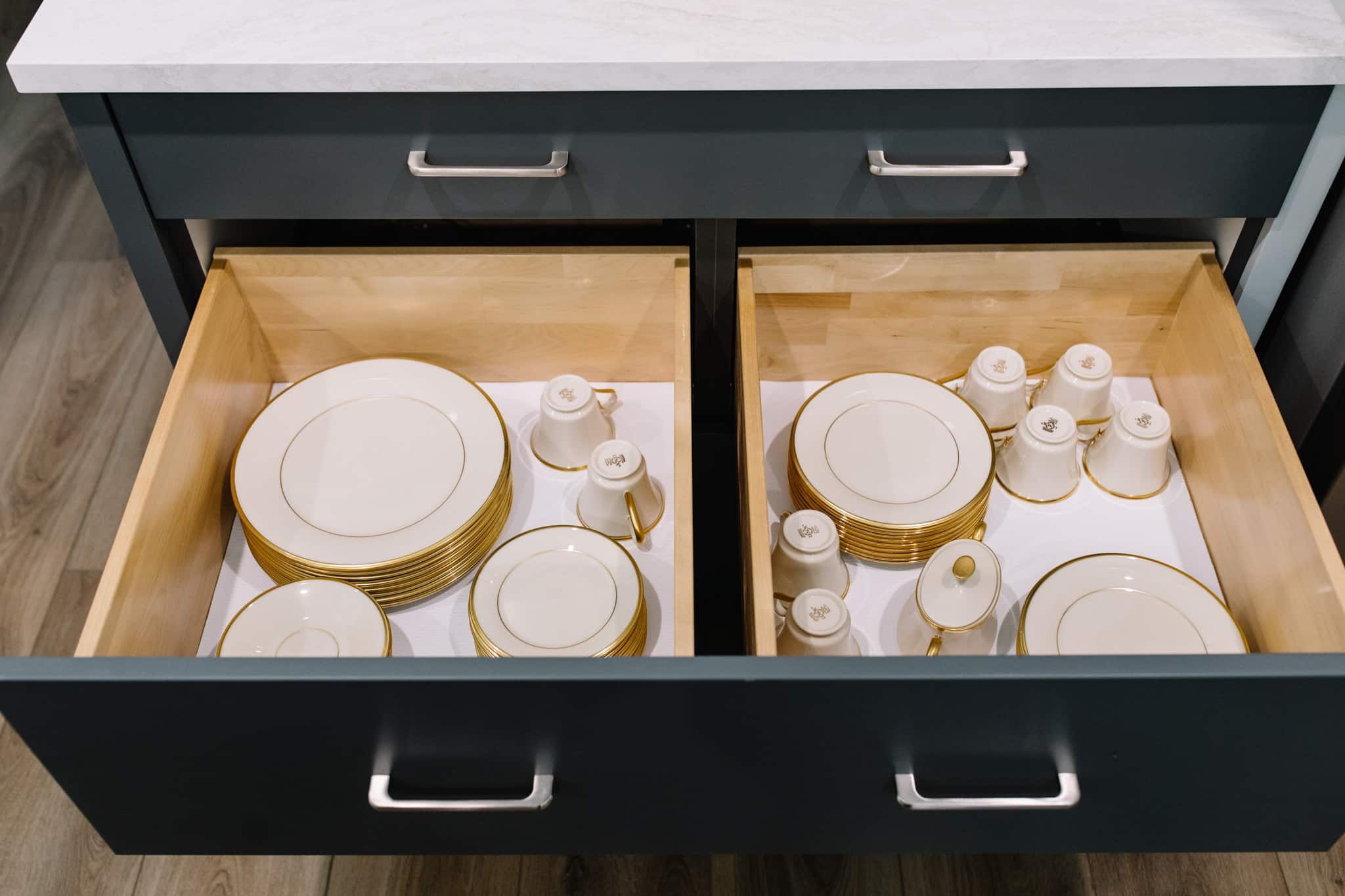 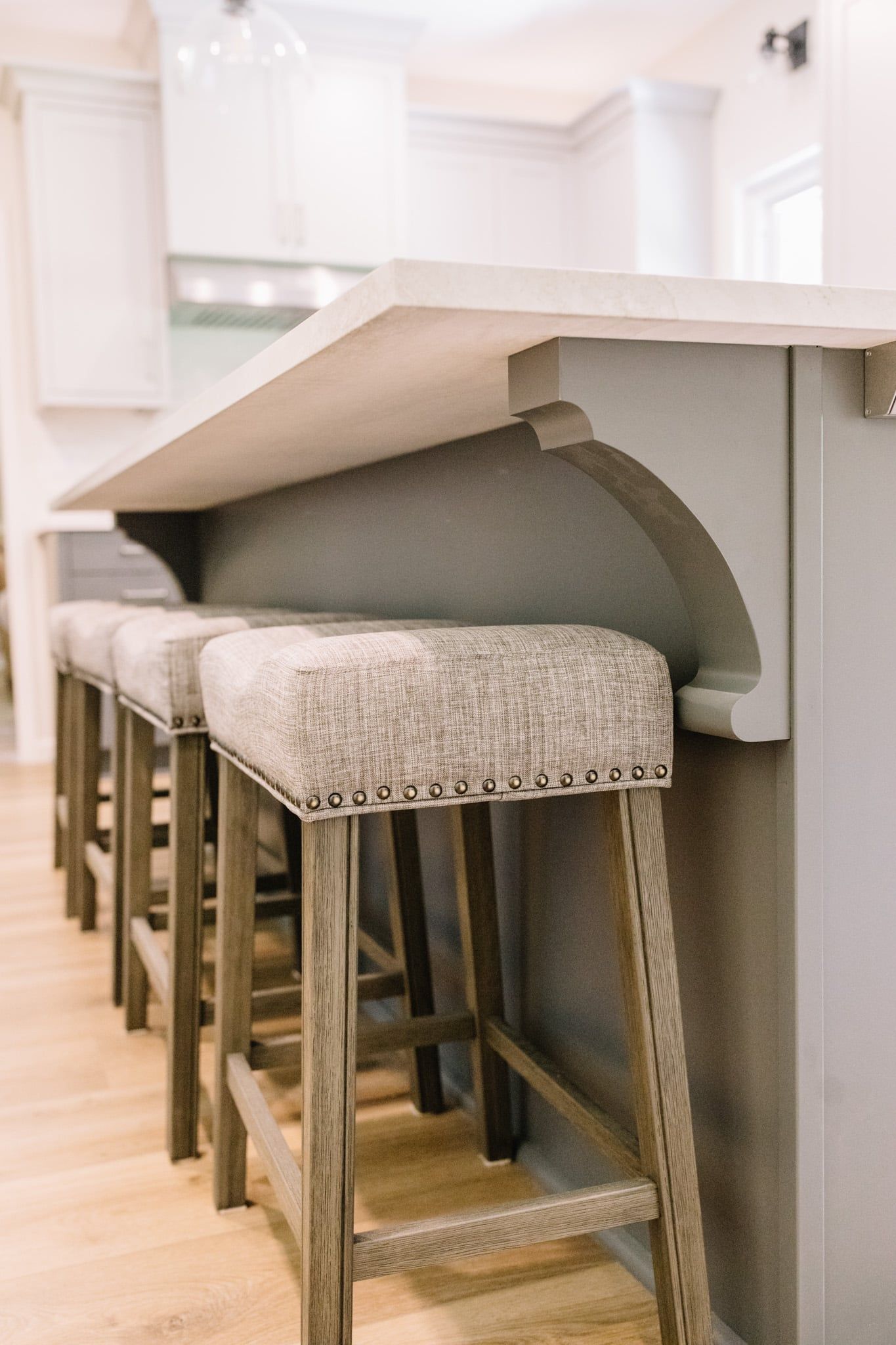 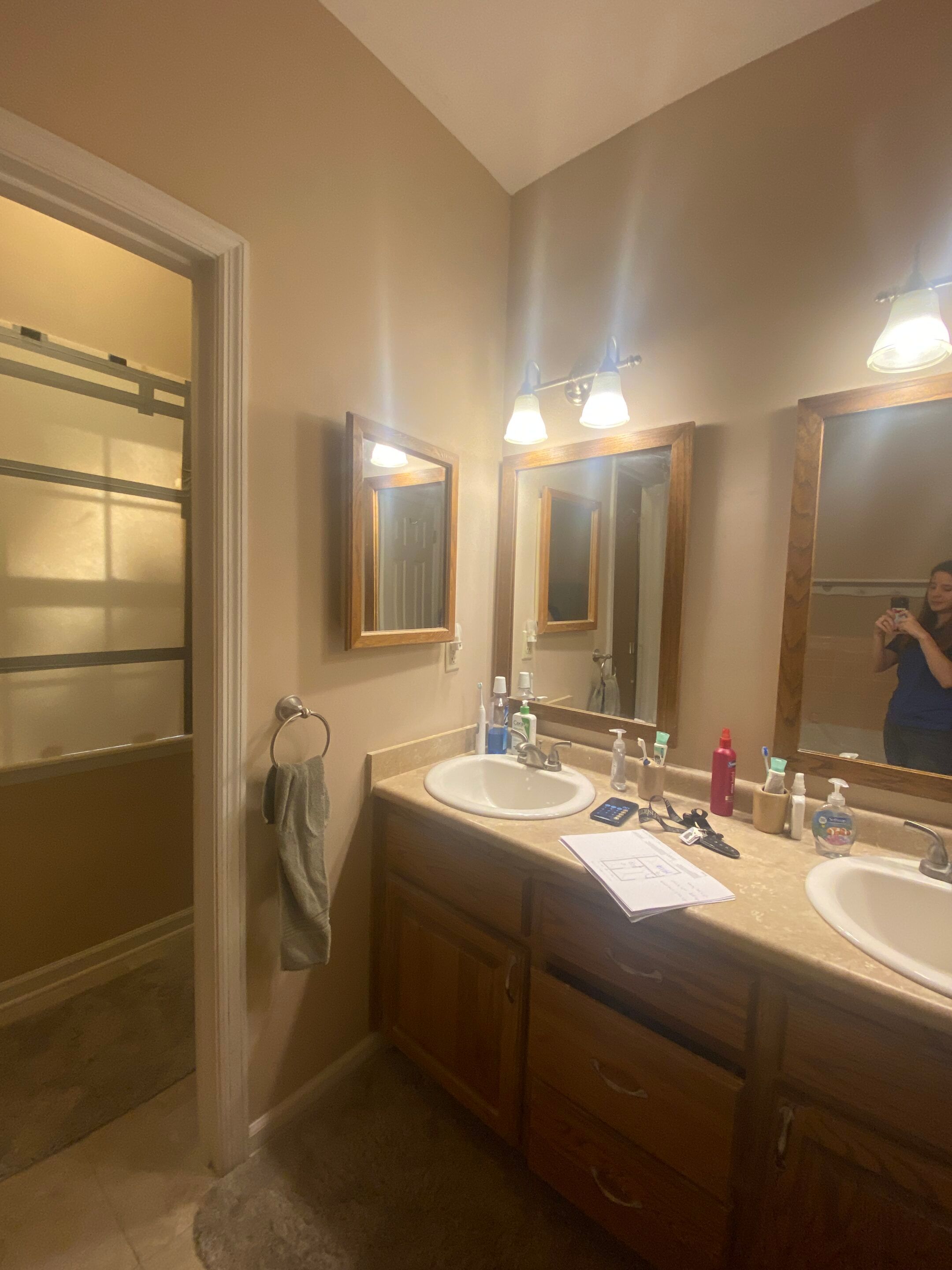 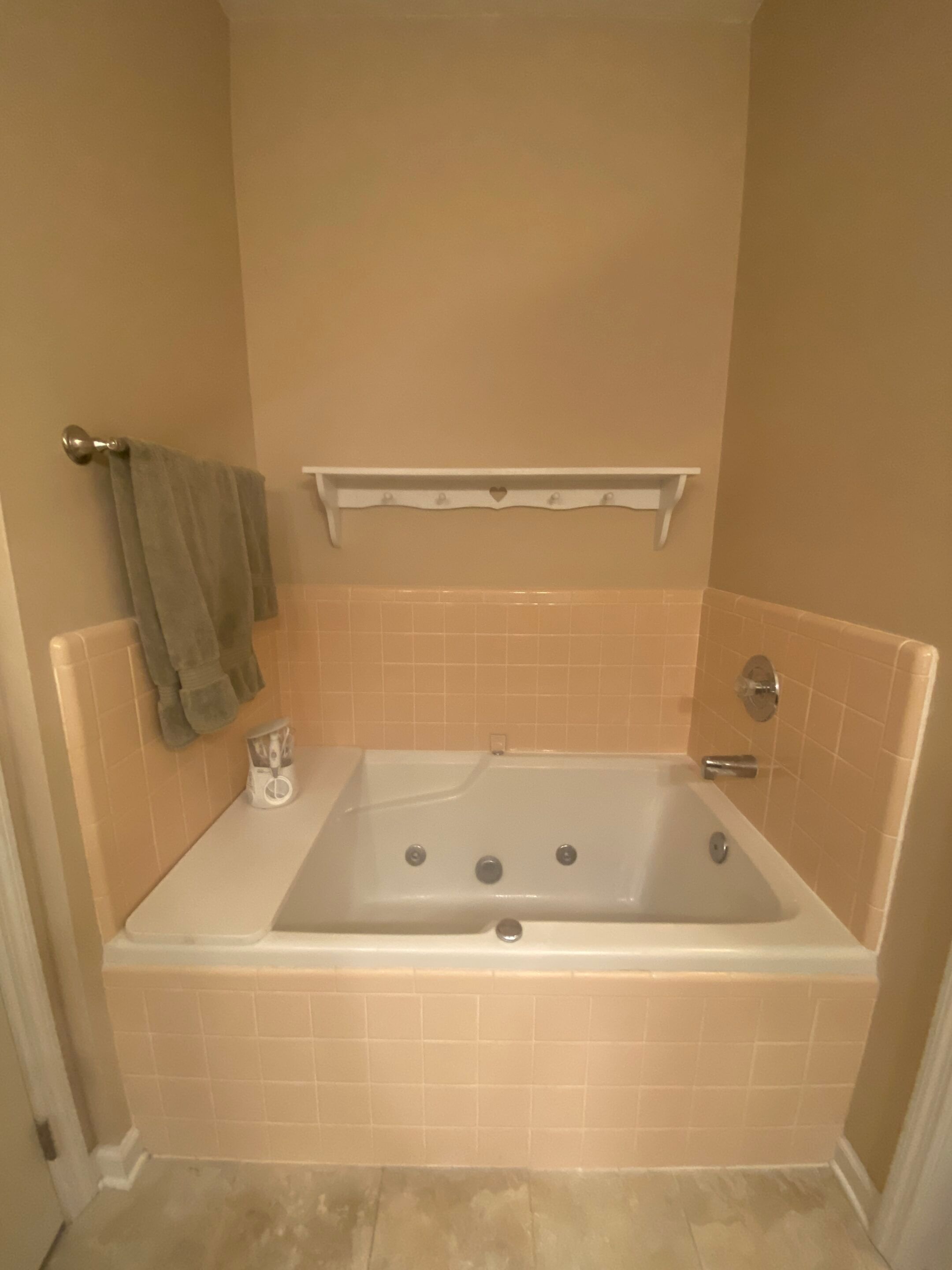 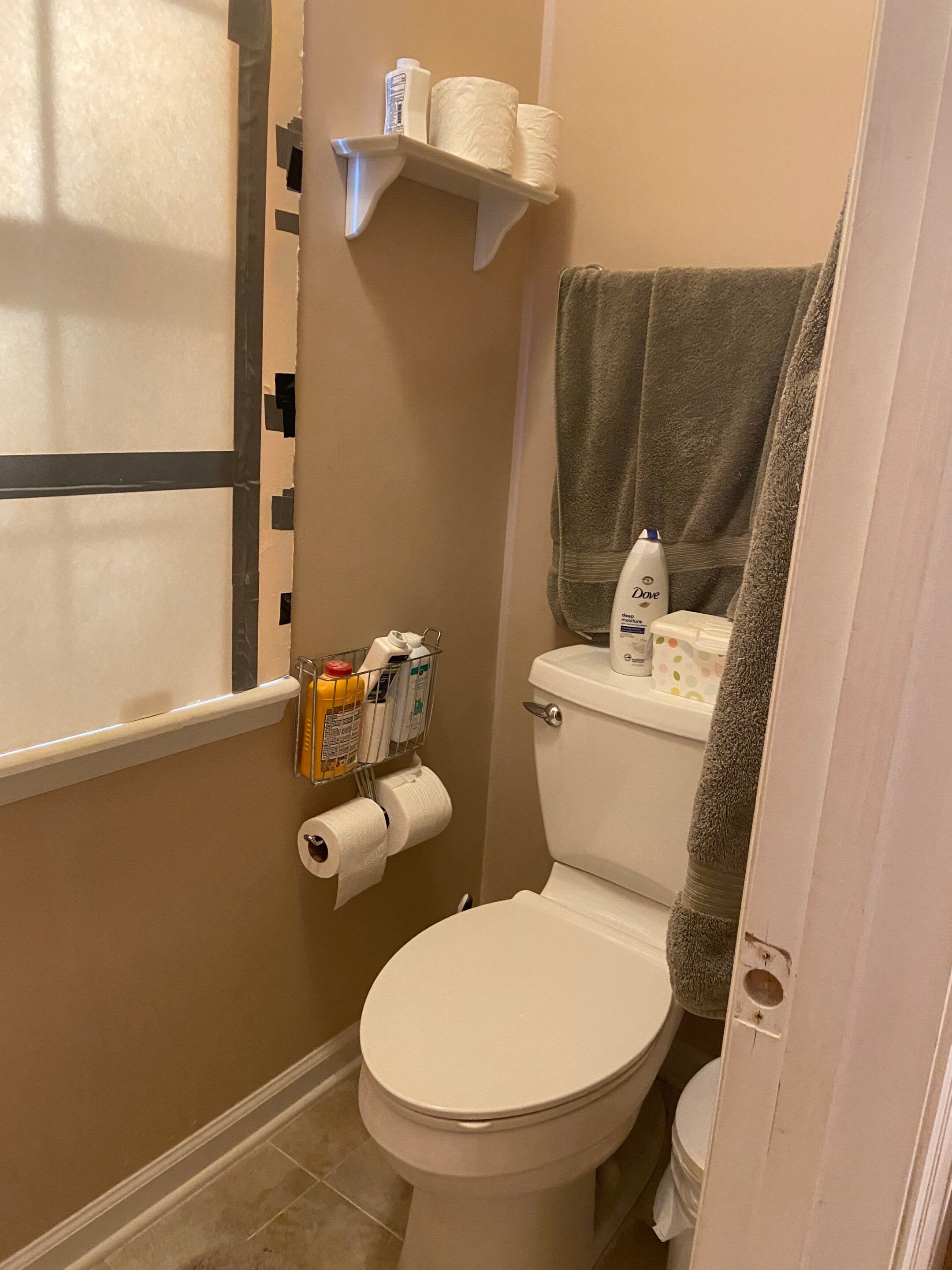 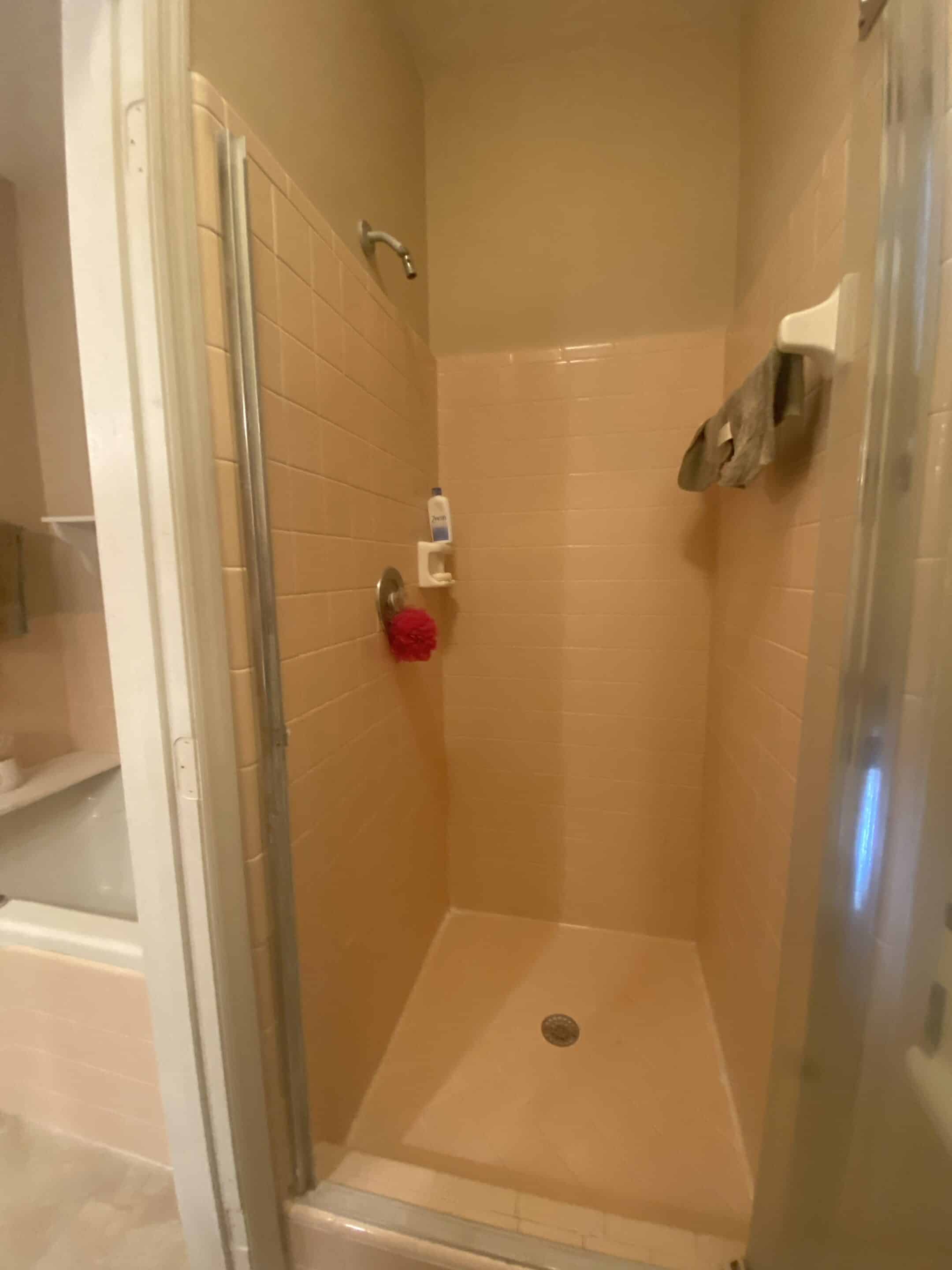 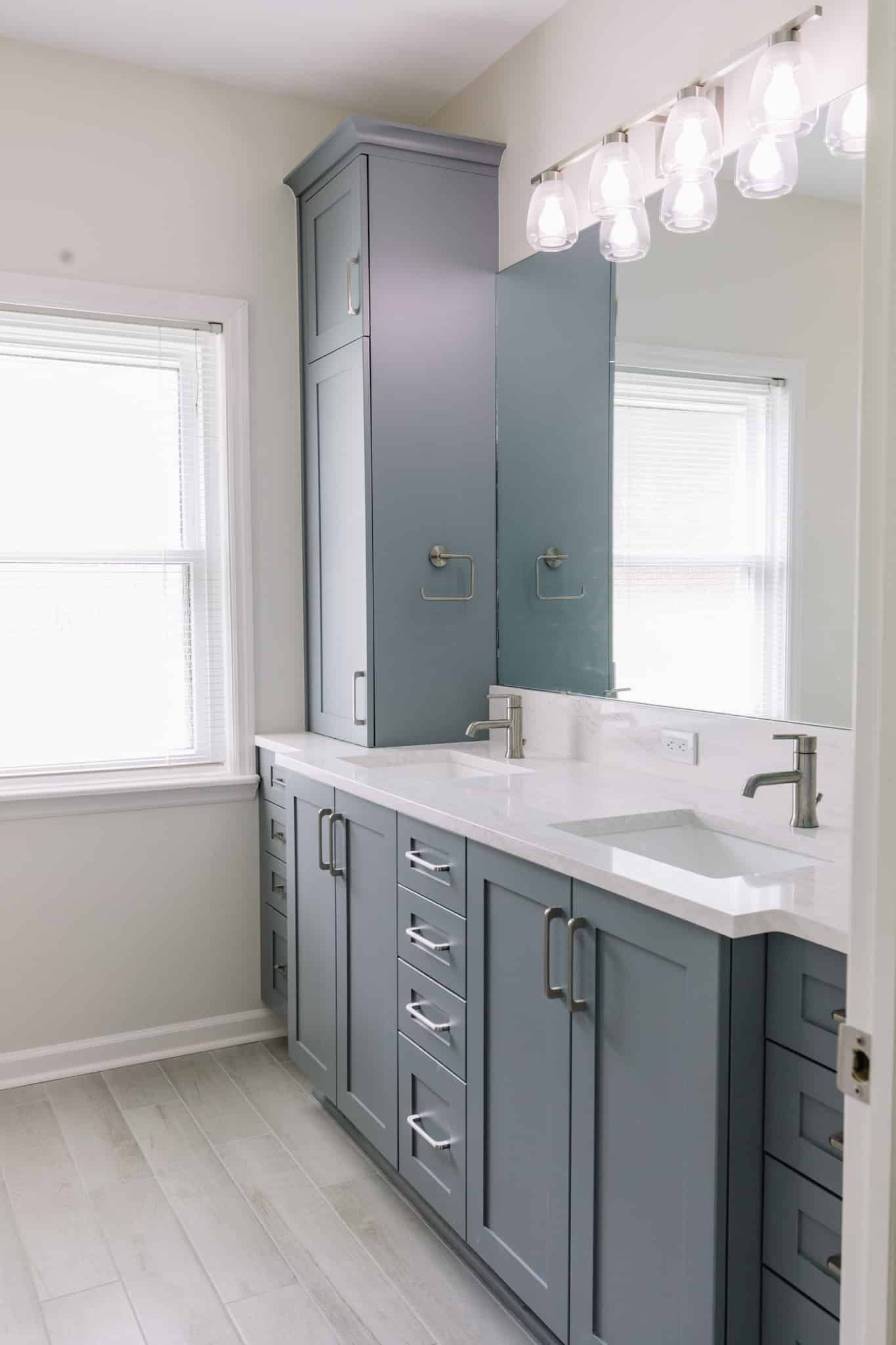 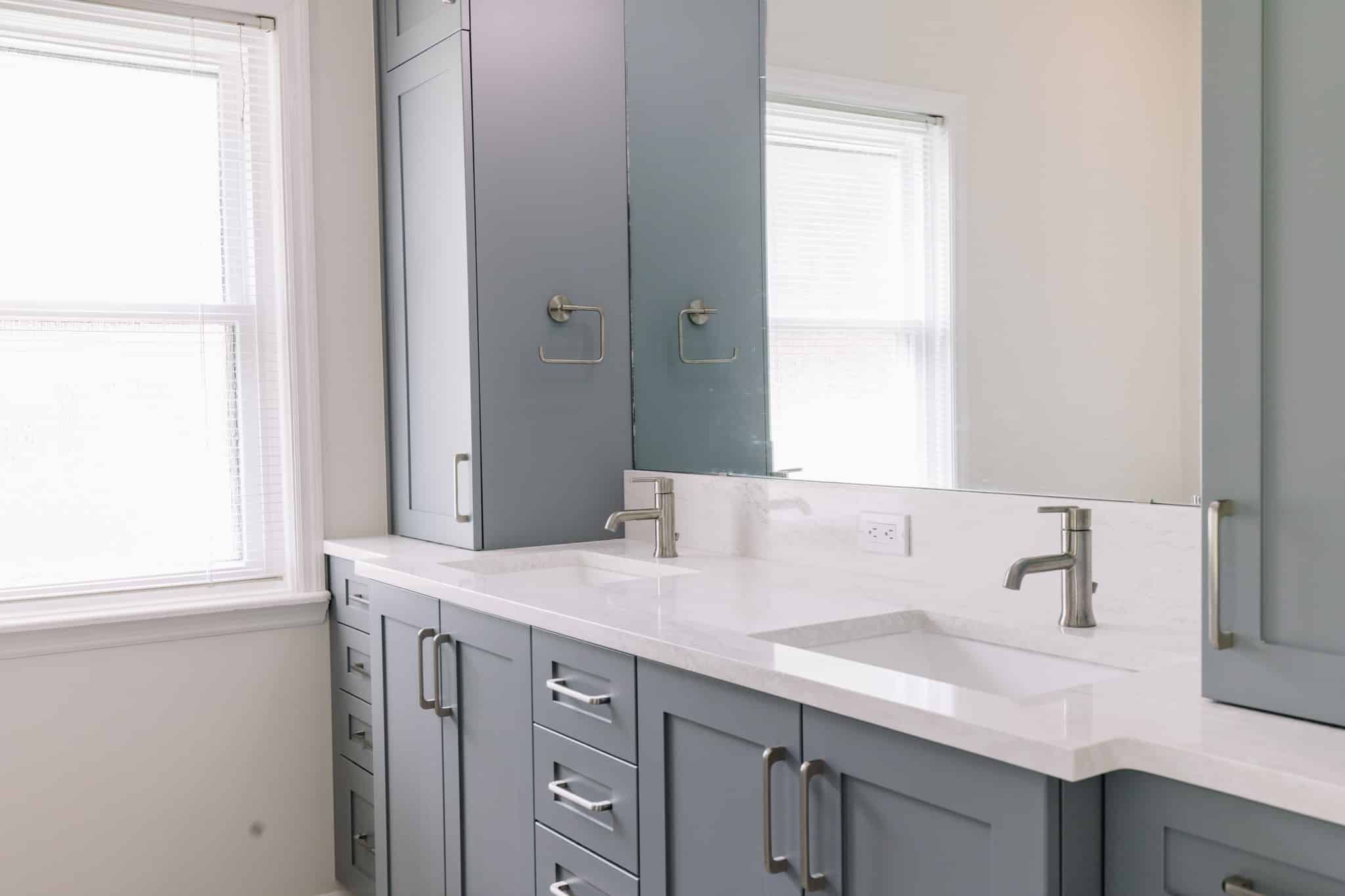 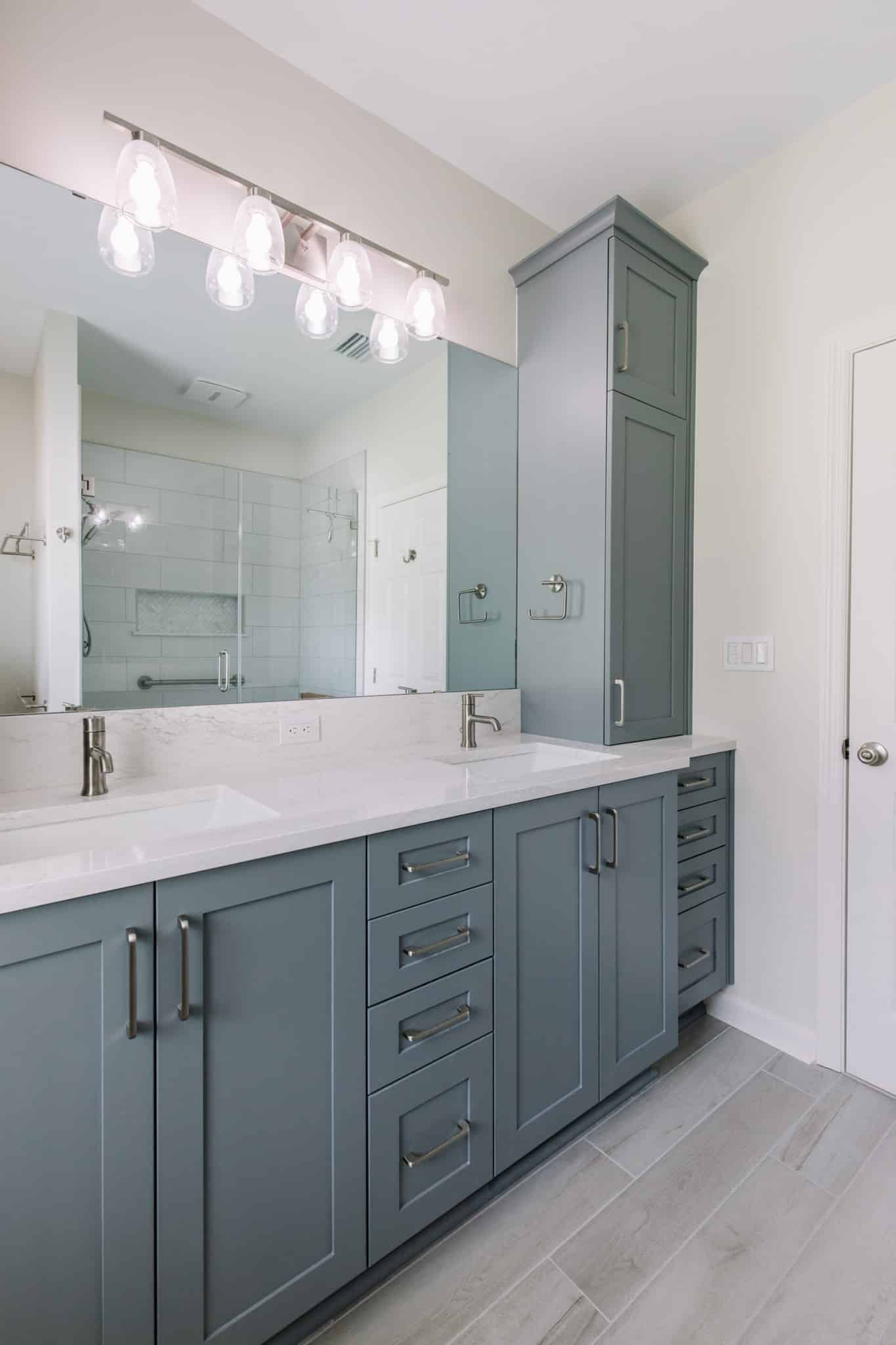 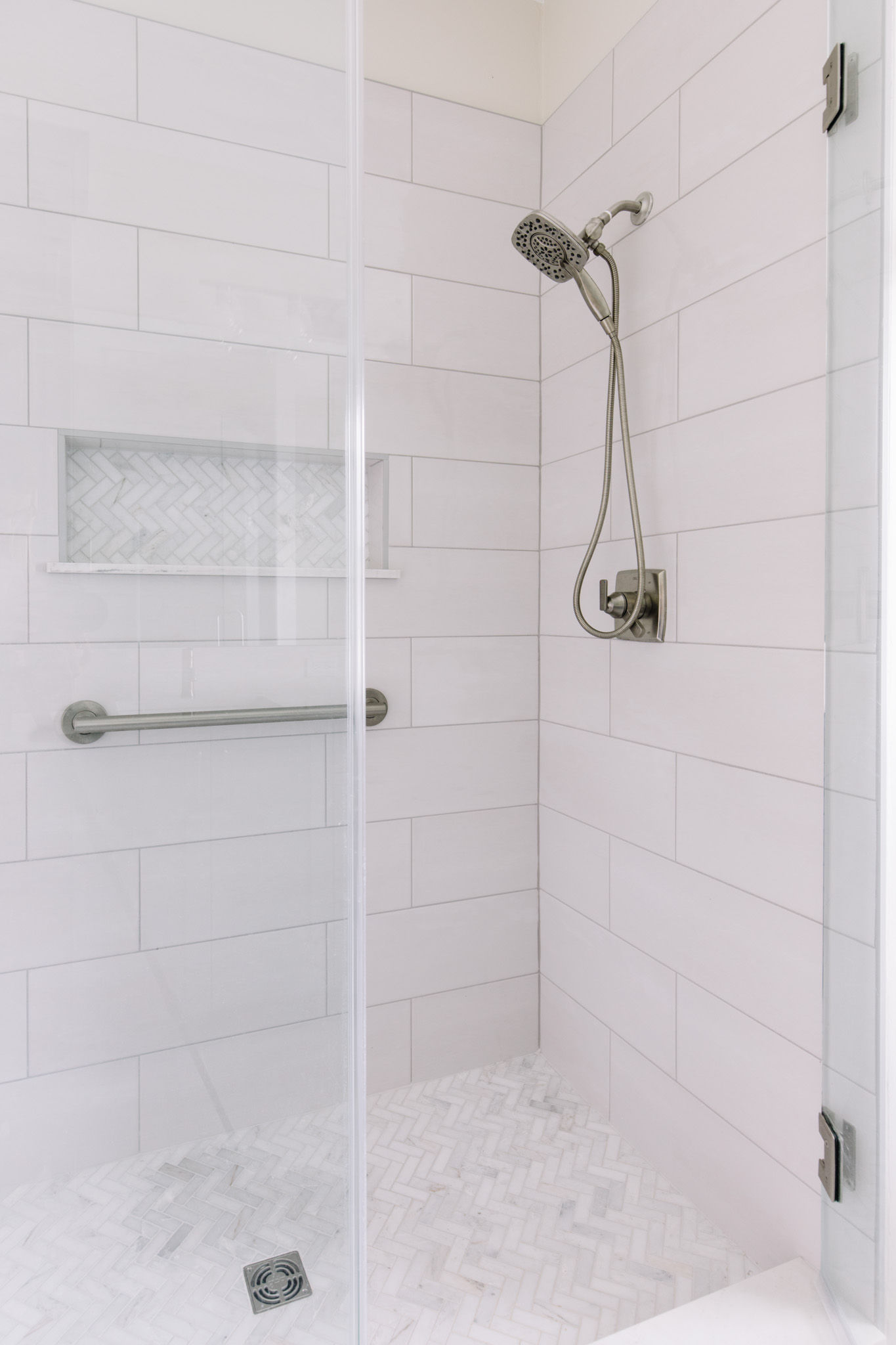 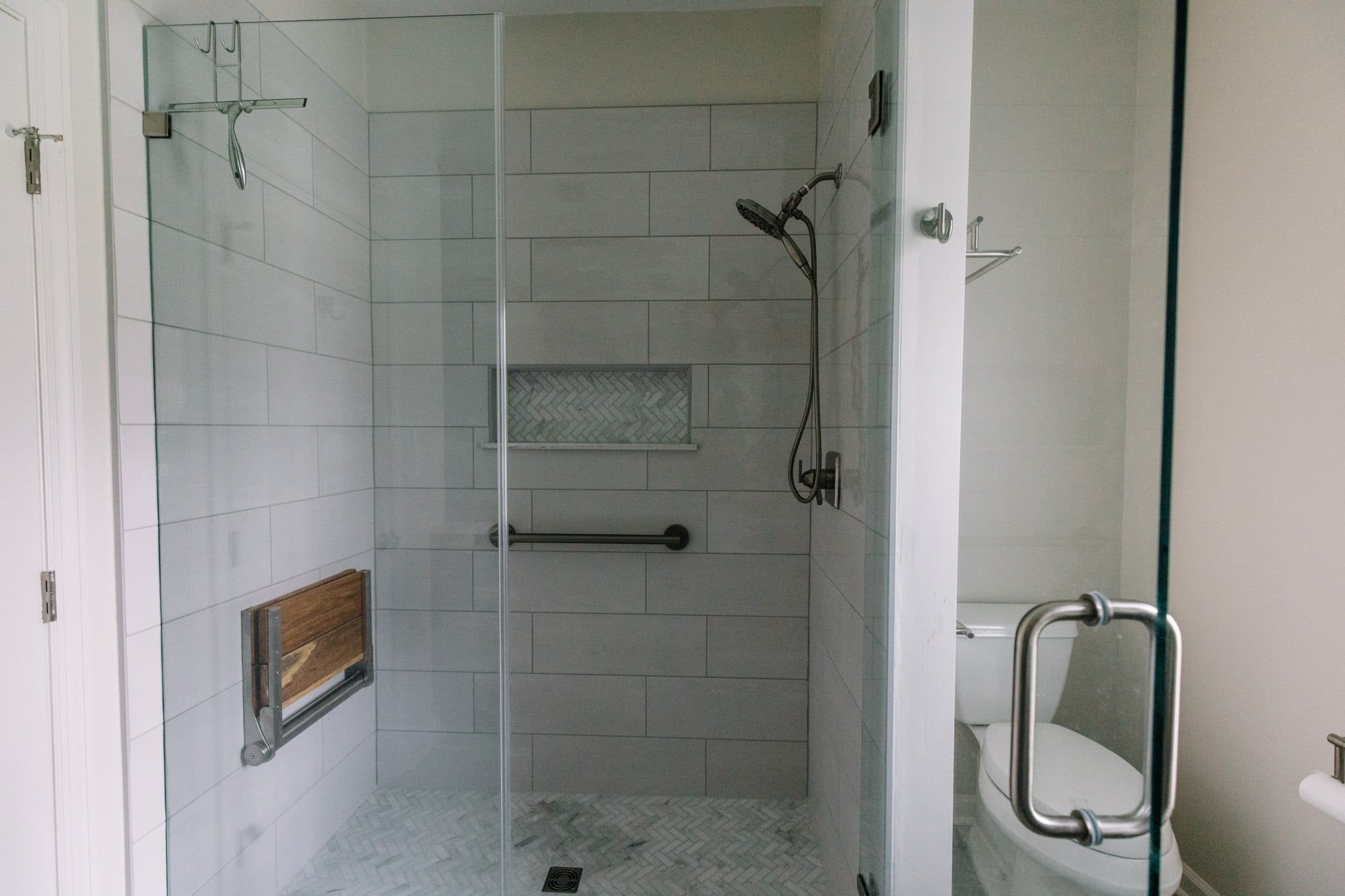 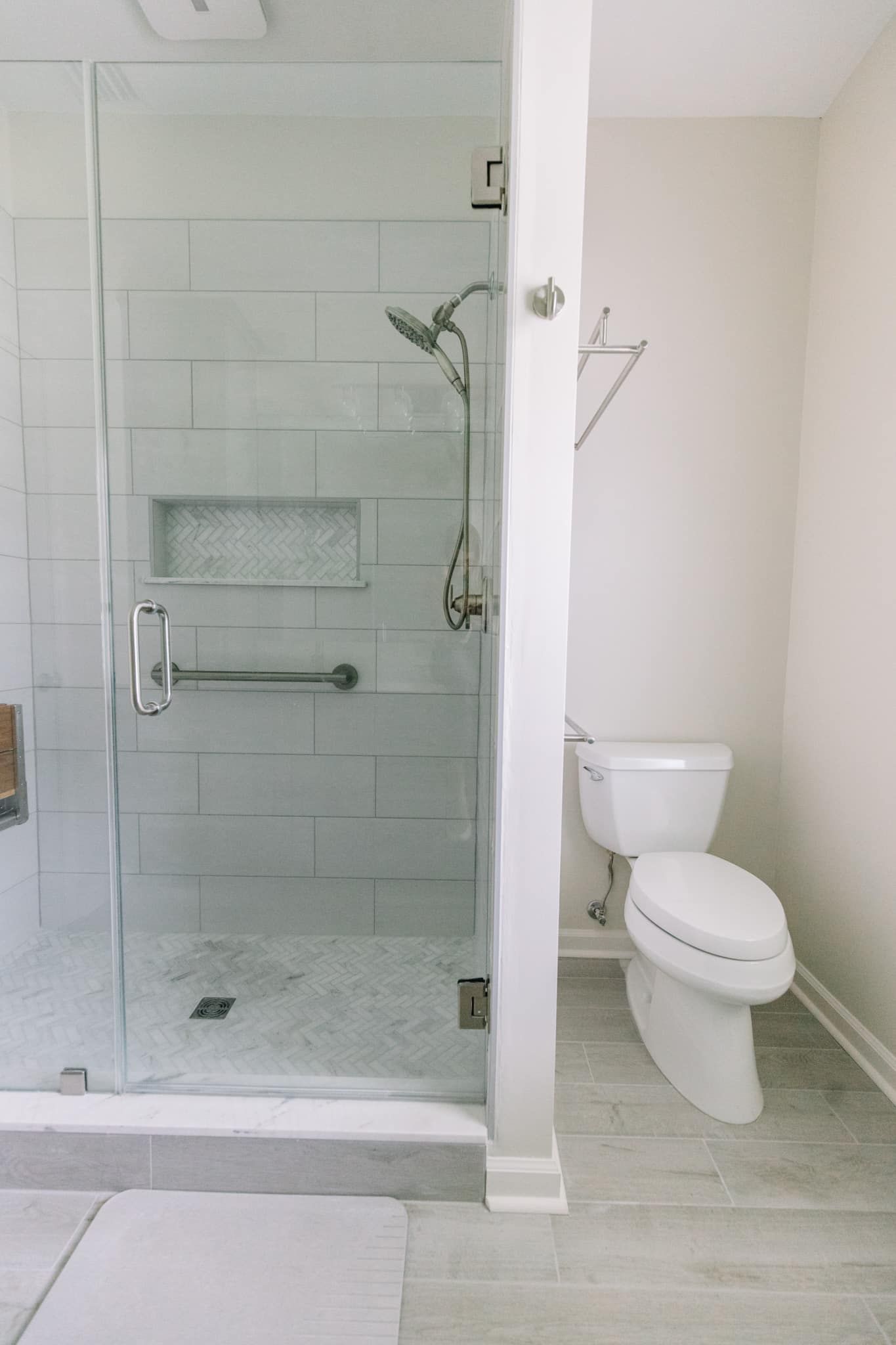 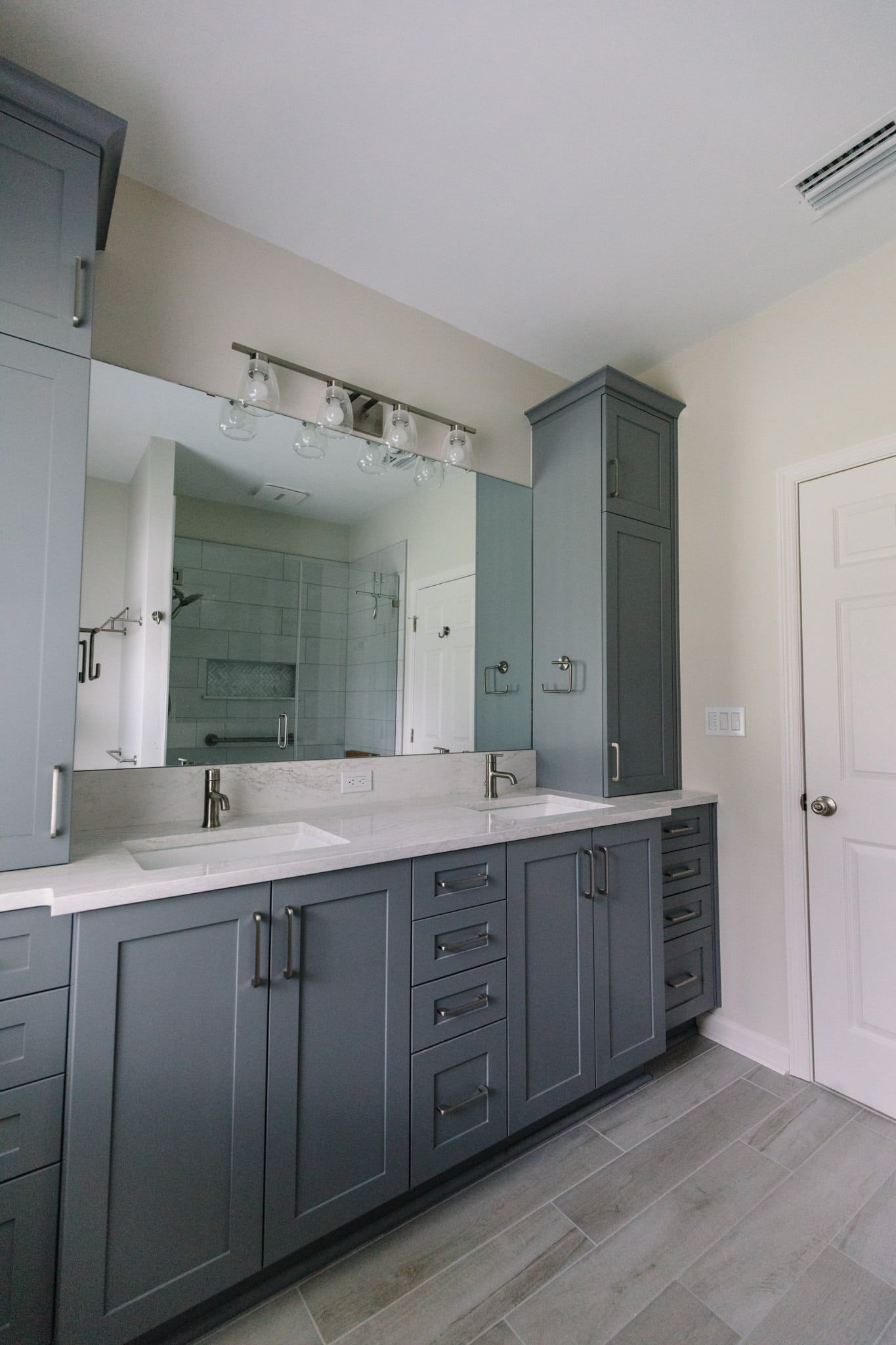 This project consisted of two main areas, the kitchen and the primary bathroom. Starting in the kitchen, the entire room was gutted to make way for extensive layout changes. This allowed for the addition of a large island, and all new cabinetry. The resulting open floorplan made the room feel larger and more inviting. In the bathroom, there was also a complete gut to make room for a layout change. Previously, there was a wall in the bathroom that segmented the vanity and bath area from the toilet and shower area. This wall was removed to make more space for the vanity. The old bathtub was removed and made space for a brand new, accessible standing shower in its place. A final touch to this home remodel was the addition of luxury vinyl plank flooring in the kitchen, living room, office, dining room, and hallways.

This project was going right on schedule for the first 4 weeks or so and then we ran into an issue with their countertops. The material and color they wanted was not available when the countertop was templated (though it was available when the project started, its not possible to reserve countertop materials right now due to limited supply).

Unfortunately this has been happening in the countertop industry lately do to supply chain and manufacturing issues. We’ve been seeing long lead times for countertops… usually up to 3 or 4 weeks. In this case however the delay was going to be a lot longer…. 8-10 weeks!

After consulting with our countertop installer and manufacturers rep we were left with two options. Choose a different color or wait two months for the original color to be made.

We did find a very similar color we could get quickly but after discussing the options with our client they decided they would rather wait.

So we installed their appliances and a temporary sink so they could use the kitchen for some minor cooking, cleaning and storage and the project was paused while we waiting for the tops. Once the tops arrived we were able to complete the project without further delay.

The only other issue we ran in to was a bathroom cabinet that was accidentally damaged by the installer. This did not affect completing the project and the homeowner using the bathroom but it did takes several weeks to get the replacement cabinet and install it.

In the kitchen, these homeowners went with the Invoke door style from Bellmont’s 1600 line in Silverplate paint for the upper cabinets and Pepper pain for the lower cabinets and island. The cabinet pulls are the Alvar Cabinet Pull from Hardware Resources.

In the bathroom, these homeowners chose the Evoke door style from Bellmont’s 1600 line in Pavestone paint. The cabinet pulls are also the Alvar Cabinet Pull from Hardware Resources.

In both the kitchen and the bathroom the countertops are Cambria’s Ironsbridge quartz.

The LVP throughout the whole home is the Laguna finish from Happy Feet International’s Malibu series. The new tile flooring in the bathroom is Daltile’s Vicinity wood-look tile in White.

We’ve been developing relationships with quality trade partners for years. We tend to use the same subcontractors because we trust their work and have developed a great working relationship with them. This helps make projects run smoother.

Painting: A Different Stroke By Kenneth

Thank you for reading! We’d love to be a part of your next remodel. Check out our Design Services page.

Get Started With A Design and Budget Consult

We start each project with a Design and Budget Consult. It will help you clarify your design ideas, understand the remodeling process and create your Good Better Best budget. It's the best way to start planning your project.